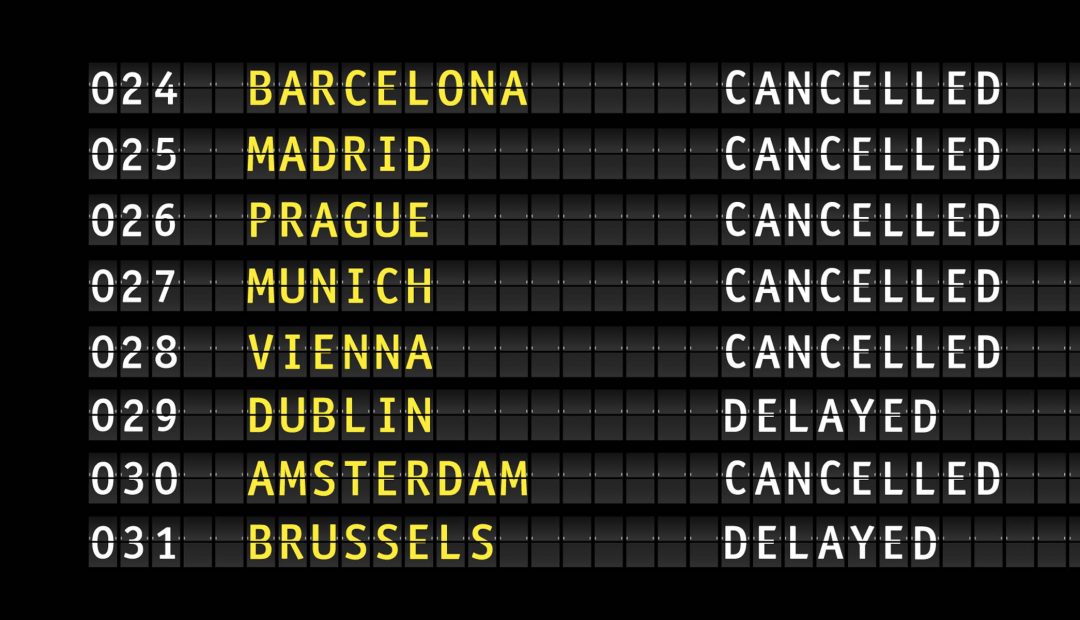 Airports can be a headache, and in 2022 the situation got worse for many travelers. Actually, it’s gotten much worse, with airport lines stretching outside, passengers missing flights, and airlines losing patience. What’s all the hubbub? For most European airports, labor shortages are to blame for a hefty increase in delay and cancellation rates. Here are five airports you might not want to fly in and out of on your next European trip according to the most recent report from online travel agency, Hopper Inc.

Amsterdam, Netherlands – Schiphol Airport (AMS). Schiphol airport is big and shiny and…kind of chaotic. CNN reports that the airport’s passengers are waiting on lines for hours that stretch outside the building (which is astounding because this airport is ginormous). According to the airline’s website the place is the size of 4,500 football fields, or in travel-speak: 14 times the size of Monaco. With labor shortages, AMS is now boasting a 61% flight delay rate with a 5.2% cancellation rate.

Brussels, Belgium – Brussels Airport (BRU). Holding the top spot for flight delay rates at 72% is this airport in beautiful Brussels. We recommend keeping an eye on flight activity for this one. Only 2.5% of flights are canceled, but that doesn’t mean you won’t be spending more time than anticipated trying to get through long check-in and security lines.

Frankfurt, Germany – Frankfurt Airport (FRA). Germany’s busiest airport has also taken a hit with an influx of travelers and a need for staff. This year Frankfurt Airport has seen multiple worker strikes affecting hundreds of thousands of travelers and canceling hundreds of flights. Frankfurt also ranks the worst for flight cancellation at 7.8%. Also not so reassuring is a 68% delay rate.

Paris, France – Charles de Gaulle Airport  (CDG). One of the busiest airports in Europe may take you to the home of the world’s best croissant, but will it bring you home without delay? We’re not sure. With 62% of flights delayed and 3.1% of flights canceled, you might get stuck with just a few the croissants and having to make a mad dash to get on your plane.

Lisbon, Portugal – Lisbon Airport (LIS). Another busy airport subject to delays and cancellations due to staffing shortages is LIS. In August, great numbers of workers engaged in a strike for higher wages as summer tourism continued to soar. Lisbon’s airport has a 65% delay rate with 4.8% of flights canceled. Reports of 4 hours or more of waiting in line to check-in are not uncommon.

Editor’s Note: When we flew back from Barcelona Spain (BCN) to New York City recently, people on our flight told us they had to wait for over three hours to check their bags and get through security, barely getting on the plane before the doors were closed. Luckily, we had no bags to check. The lines throughout the airport were terrible, and the people working there just ignored passenger requests for help or information. Based on the information above, and our own personal experiences, we recommend getting to the airport very early, and only using a carry-on bag when using these airports in Europe until things improve.