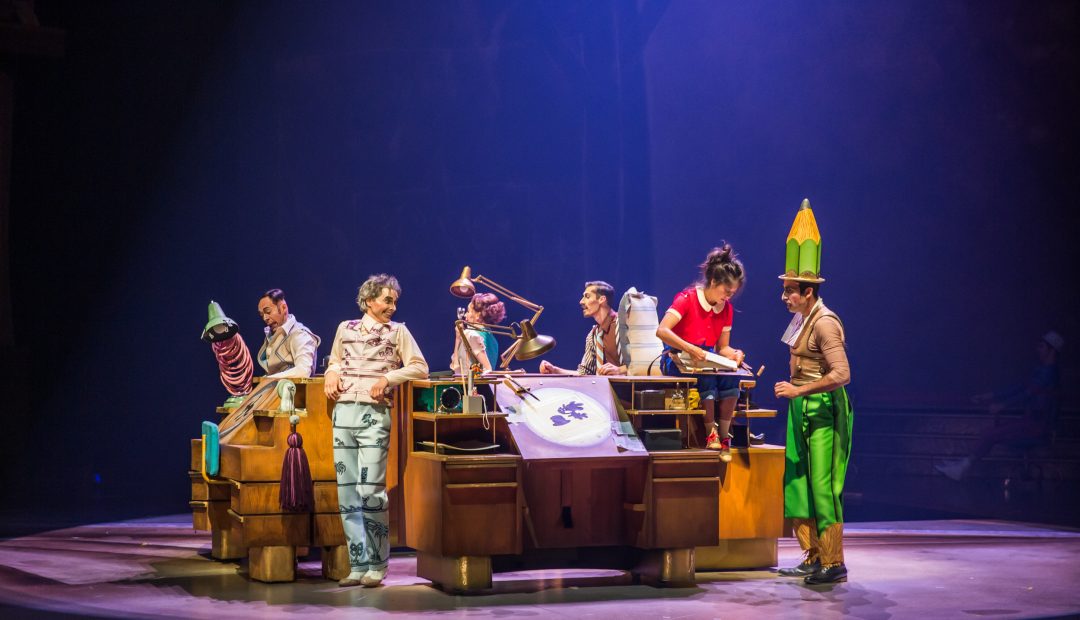 The famed theatrical troupe of Cirque du Soleil has teamed up with Disney to produce a new live spectacular. Premiering in mid-November, the new show, titled Drawn to Life, follows a young girl who discovers a surprise left to her by her father who was a Disney animator. She discovers an unfinished animation he was working on, and as she embarks on a quest to learn more, she’s surrounded by the rush and excitement of creativity, brought to life by Crique dancers. The show will combine live performance with animated sequences to create a truly unique experience.

After watching rehearsal performances, Disney animator Eric Goldberg, stated, “I think guests will be amazed to see how the magic of Cirque du Soleil and the art of Walt Disney Animation Studios have come together to bring life to classic and current characters like Baloo, Baymax, and Cinderella in ways that no one has ever imagined.”

The show was originally set to open in late March of 2020 and sadly had to be put on hiatus for over a year due to the pandemic. Daniel Lamarre, the CEO of Cirque du Soleil, stated, “We are so looking forward to unveil this beautiful, long-awaited creation to the public. We were moments away from opening night in March of 2020 when performances were paused. Intermission is now over and we cannot wait for Cirque and Disney fans to experience the joy of this love letter to the art of Walt Disney animation.”

Drawn to Life will be performed in the entertainment district of Disney Springs, located in Walt Disney World, near Orlando, Florida. The show will premiere on November 18 and tickets are on sale now.

To learn more or to purchase tickets, click here.

US to Keep Transit Mask Mandate Until January