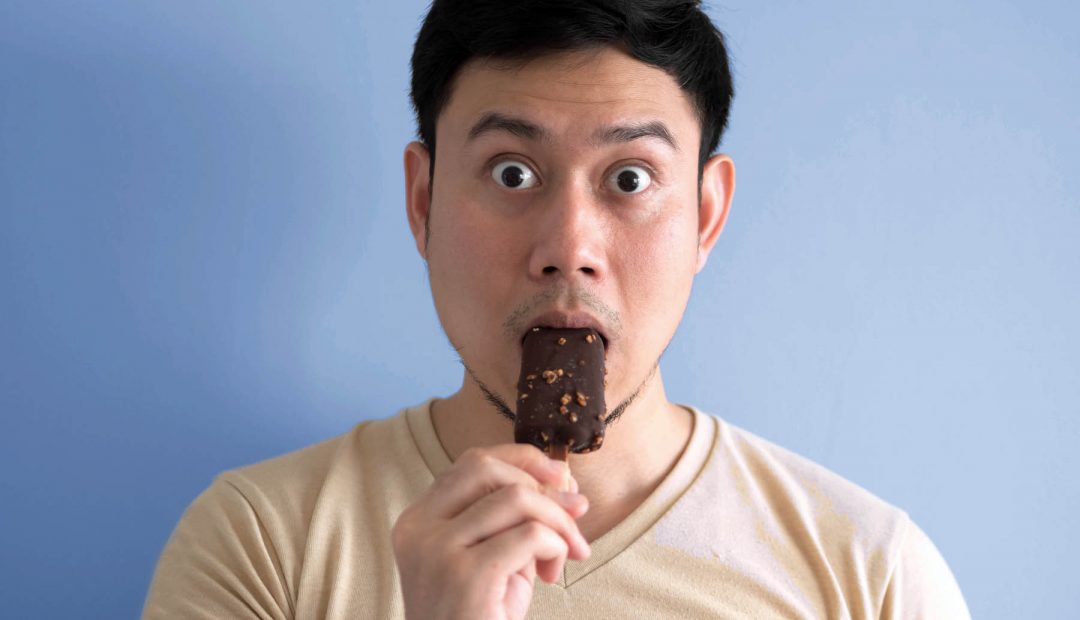 Vanilla, chocolate, cookie dough, Neapolitan – Ah yes, the classics.  For the adventurous among us, there’s always new and exciting Ben and Jerry’s flavors to be savored and enjoyed, but what happens when Cherry Garcia is no longer thrilling enough? What happens when you want to live on the wild side…when you start craving something bizarre, unknown, and potentially even a little morbid?

Well my friends, then you’ve stumbled upon the right list. I proudly present, the craziest ice cream flavors from around the world.

Gather ’round everyone, and I shall tell you a little story. You see, cicadas spend years and years underground, and then emerge to blossom into the loud, flying creatures that we know them as.

Some years have larger hatchings than others, and one summer in Columbia, Missouri, the brood was of biblical proportions. So what to do when your town is overran by swarms of cicadas?

One ice cream parlor, Sparky’s, had a simple solution: They had their employees collect cicadas from their yards, bring them in, boil them, cover them in chocolate, sprinkle them with brown sugar, and then mix them into a brown sugar and butter flavored ice cream. I can only imagine the Barefoot Contessa standing next to the finished batch, saying, “How easy is that?”

Upon immediate publicity over the new flavor, Sparky’s ran out within a few hours. One lucky patron who was able to try the frozen treat compared the flavor of cicadas to that of a crunchy peanut.

The smell of durian has been compared to old gym socks, vomit, and rotting flesh. Even worse, it’s a smell that lingers. If you’re in the same building as a durian, you’ll know it. The texture isn’t any better.

It’s buttery, fleshy, and fibrous. Between the smell and the feel, it’s probably the closest simulation you’ll ever get to what it might be like to eat dead people. So to all you doomsday preppers out there, dig in! Consider it training…

For those who wish to enjoy durian on even the hottest of summer days, KFC in China has answered your prayers and has brought durian ice cream to the masses!

One thing is certain: When you’re in Asia, remember – Durian is considered the King of Fruits. Eating durian while in Asia is practically a rite of passage for travelers. So why not take the easy route and try it as an ice cream, rather than do what I did, and shove a giant chunk of it’s grotesque flesh into your mouth, just to throw it back up.

West coast ice cream chain Salt and Straw likes to invent unique flavors, and for Halloween they conjured up something truly terrifying. I introduce you to Devil’s Blood Pudding. A frozen potion consisting of pigs blood mixed with spices, and “A hint of chicken liver” according to the shop’s website. If this is too much for you, you’re welcome to try some of their other Halloween flavors like the much subtler matcha ice cream topped with crickets and meal worms…

Crab ice cream is actually rather popular and commonplace in Japan. Known as Kani aisu, the dish is more savory than your typical ice cream flavors. In fact, some have described it as being like a frozen crab bisque. If you’re looking for some of Tokyo’s best crab ice cream, along with a whole bunch of other wacky (and some which are highly unethical) flavors, you should head to Namjatown and hit up Ice Cream City.

Remember that movie Hostel? Where people get to live out their sick and twisted fantasies?  Well, Ice Cream city is like the Hostel of the ice cream world….you’ve been warned!

If you’ve ever been in a shop that’s high-class enough to sell manuka honey, then you know… it’s expensive. Manuka honey is a monofloral honey from the blooms of New Zealand’s manuka tree. The honey is world renowned for its healing properties, both for the skin, and immune system. The honey is so heavily prized that it undergoes countless verification tests for purity, including the UMF, MGO, MPI, and Kfactor test. Small jars of the high quality honey can cost upwards of $100. In New Zealand, though manuka is still expensive, it’s nowhere near the price outside of the country, and the cheaper price means it can be used for more things…including Pure NZ Ice Cream‘s delicious manuka honey and fig ice cream.

Have you ever said to yourself, “I wonder what my salad dressing would taste like if I put in the freezer, and then ate it by the spoonful?”

Well, if so, Merely ice Cream in Singapore has your answer…It takes just like frozen salad dressing (surprise!) Some love it, some hate it. My friend absolutely adored it, claiming it was “tangy, savory, and salty.”

I replied with, “Ice cream should never be savory and salty.”

Others seemed to be just as torn as we were. The vinaigrette-like flavor had a way of dividing the crowd. In the end, it’s something you’ll just have to taste to experience on your own. Perhaps you’ll love it, perhaps you’ll hate it, but at least you tried it. And isn’t that what travel is all about?

Wonderful Places to Take Your Dogs When Traveling

Themed Bars You Have to See to Believe!