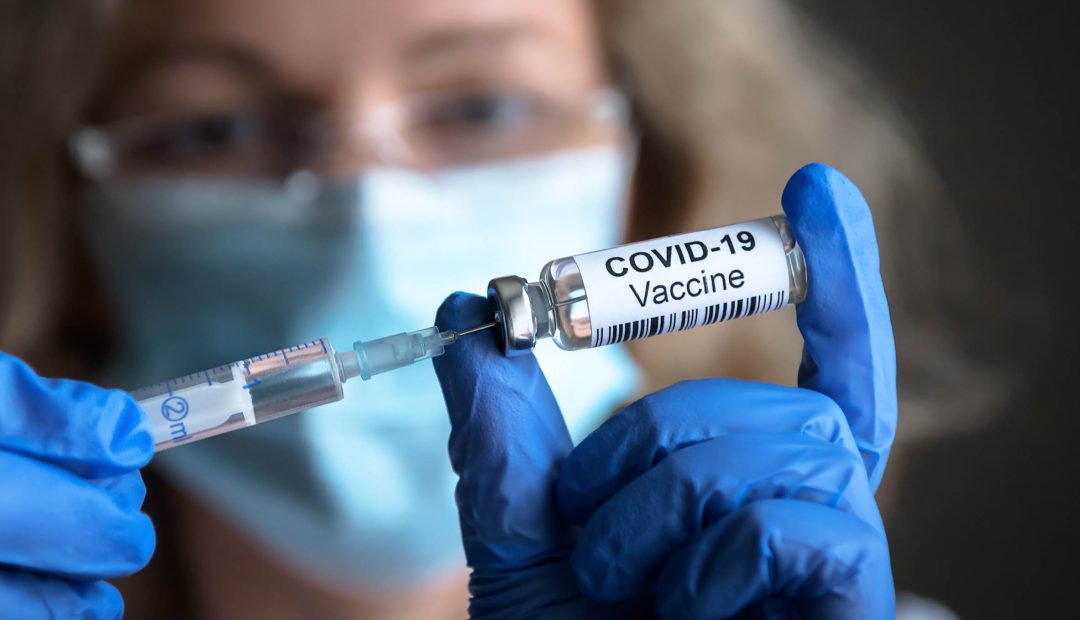 Everyone in the United States, and around the world, wants to know: “When will I be able get the COVID-19 vaccine?”  The World Health Organization has created an action plan of how nations can best distribute vaccines, telling them to prioritize at-risk groups like the elderly, those in longterm care facilities, healthcare workers, socioeconomic groups with disproportionate risks to COVID-19, those living in group environments (like inmates, as well as those living dormitories, military bases, and so forth), frontline workers, people with preexisting conditions, and those living in high-density cities. However, the WHO can only advise, they can’t implement a global plan, so vaccine rollout plans largely come down to each nation individually.

Anyone in the USA who is a first responder, medical worker, nursing home employee, or over 75 years of age, will be getting the coronavirus vaccine soon. According to the New York Times, the USA hopes to vaccinate as many as 45 million people by the end of January, all of whom will be in the categories mentioned above.

As for the average American, springtime is the most likely timeframe. The Chicago Tribune reports that pharmacies like Walgreens and CVS will be on the front lines of distributing the vaccines to the wider public. In their article, they state, “Walgreens and CVS Health predict the vaccine will be available to the public during the spring, and patients will most likely be able to make appointments to get the shots at pharmacies.”

New Zealand and the Pacific Islands

New Zealand has done one of the best jobs at containing the coronavirus. To date, the nation has only had 25 deaths and a little over 2,000 total COVID infections. Because of this, the country won’t be one of the first to vaccinate. NZ Prime Minister Jacinda Ardern has announced that the vaccination of first responders and medical workers will begin in the spring and that the wider population will have access to the vaccine beginning in late summer.

Ardern has also purchased enough vaccines for distribution to the Pacific Islands like Samoa, Tonga, the Cook Islands, and more. This strategy makes sense. New Zealand’s economy, tourism, and population are heavily tied to Polynesia (which, New Zealand is technically a part of). Ensuring safety to the whole region keeps everyone safer and will help all nation’s economies recover faster.

Mexico has just begun its vaccination process. Their first shipment, which arrived just days ago and consists of 125,000 doses, is only enough to vaccinate certain groups of healthcare workers in Mexico City and the northern city of Saltillo. According to the Mexican government, they want all medical workers and those over 60 vaccinated by May. In May, they want to vaccinate everyone over 50, and in June, everyone over 40. In the end, Mexico says it hopes to vaccinate everyone in the country by March of 2022.

Critics however point out that this is a lofty and most likely impossible goal. Mexico has over 126 million residents and doesn’t have a clear vaccination plan, so while the Mexican government can proclaim such statements, it’s likely there will be massive hurdles that hold up the process.

The European Union just authorized the Pfizer-BioNTech vaccine (which was created as a joint venture between labs in the US and Germany) and certain nations are set to begin rolling out vaccinations on December 27th. Some of the first countries to begin vaccinations are Italy, France, Germany, and Austria.

While the EU is a formal collection of nations working together, not every country is the same. For example, countries like Lithuania will be receiving much smaller shipments of the vaccine than larger, wealthier nations in the EU, and therefore the process could take certain countries much longer than others. It would be wise for anyone living in the EU to check their governmental websites for more in-depth local coverage.

The UK won’t be too far behind America. The BBC reports that the general populous should start receiving the vaccine somewhere between the end of spring and the start of summer. In the first four to five months, the UK will be using a tiered approach to who gets vaccinated. The first group is the obvious collection of first responders, medical workers, people with preexisting conditions, and people over 80. After that, they want to go down by five-year increments. After group one, the next group will be anyone over 75. Followed by anyone over 70, then 65, and so forth.

Another important note is that the UK will be mainly distributing the Oxford vaccine, which is much different from the RNA vaccine other countries are using. Oxford’s ChAdOx1 vaccine also came under scrutiny for “varying levels of efficiency“, while in reality, it was people misunderstanding the numbers for patients given different doses. When taken at optimal dosage, the vaccine holds a 90% efficacy rate. However, bad journalism and fake news could hinder how many residents decide to get vaccinated.

China claims that they have already vaccinated over 1 million people in the nation of over 1 billion. They also claim that they’ve almost eradicated COVID cases, with only about 20 new infections each day. In theory, this would all be great. However, China has state-ran media, and their vaccine is created by a state-owned lab. And as we’ve learned, China has purposefully hidden coronavirus information from the world (but then again, so has America). Despite China’s history of deceit, various countries like the UAE, Brazil, Indonesia, and Egypt have all ordered China’s vaccine.There have been no reported adverse effects from China’s vaccine, but extreme caution must be taken by the public.

Brazil, one of the largest nations to invest in China’s CoronaVac vaccine, is headed for a crisis situation. The nation is in the process of completing the last phase of trials to approve China’s vaccine to the general public. However, the results have just been delayed yet again…with the country stating only that the vaccine has an effectiveness of “above 50%.” Even worse, the country hasn’t released the full data by request of China’s state-controlled lab, Sinovac Biotech.

Without completing the trials, widespread vaccination can’t begin (Brazil is poised to purchase 45 million doses). Even worse, with each setback Brazilian citizens are becoming increasingly more skeptical of the vaccine, and many are saying they’ll refuse to take it. The country has already had a long history of horrible COVID policy, thanks to the nation’s leader, Jair Bolsonaro, who has tried to downplay the pandemic since it began. The outcome of this trial could determine the path Brazil takes in fighting the coronavirus.

Warmer, less wealthy nations, such as India, will have trouble with the new mRNA vaccines due to the extremely cold temperatures the vaccines must be held at. Therefore, the Oxford vaccine is set to be a great option for much of the world. India plans to approve the Oxford vaccine soon and hopes to begin vaccinations in January.

India’s own Hyderabad-based lab, Bharat, is also developing its own vaccine. If approved, it could help the nation of over 1 billion get vaccinated quicker. However, without a currently-approved vaccine, and a large, dispersed population that doesn’t have an easily centralized source of communication, there are no set plans as to how the country will be vaccinated on a large scale. First up will be medical workers, but after that, the country has yet to announce.

South Africa and other COVAX Nations

South Africa is experiencing a new mutated strain of the coronavirus just like the UK. However, unlike the UK, South Africa doesn’t have the wealth and prestigious laboratories to create their own vaccine. Sadly, South Africa also has no plan for widespread vaccination.

Nations like South Africa must rely on a new global organization called COVAX, which is an international effort created by groups like the UN to help bring the coronavirus vaccine to nations across the globe. According to the agency’s website, COVAX “is the only truly global solution to this pandemic because it is the only effort to ensure that people in all corners of the world will get access to COVID-19 vaccines once they are available, regardless of their wealth.”

Pfizer-BioNTech: An mRNA vaccine (meaning it copies a portion of the coronavirus for your body to detect)
2 doses
95% effective

Moderna: An mRNA vaccine (meaning it copies a portion of the coronavirus for your body to detect)
2 doses
94% effective

Oxford-AstraZeneca’s ChAdOx1 (not yet approved): This vaccine modified the adenovirus, which causes the common cold in chimpanzees, because it has a spike shape similar to the novel coronavirus.
Dosage: Still testing. In a strange event, patients given a full two doses were reported to have a 62% efficacy rate, while patients given a smaller dose actually wound up with a 90% efficacy, bringing the average to 70.4% effective. The UK and India are set to release their final findings and give a verdict shortly after Christmas. It is believed that the Oxford vaccine will be mostly used in poorer, less developed nations because it doesn’t need to be ultra-chilled the way the mRNA vaccines do.

China’s Sinovac (CoronaVac) injection (not yet approved, but being distributed): This vaccine uses a weakened coronavirus to get your body adapted to fighting the virus.
1 dose
Reports of effectiveness vary: China reports 99% effective, Brazil’s Phase 3 Study claims at least 50% effective, and the studies in the UAE have yielded an 86% efficacy rate.

Vaccines Will Be the Key for Cruise Ships to Resume Sailing