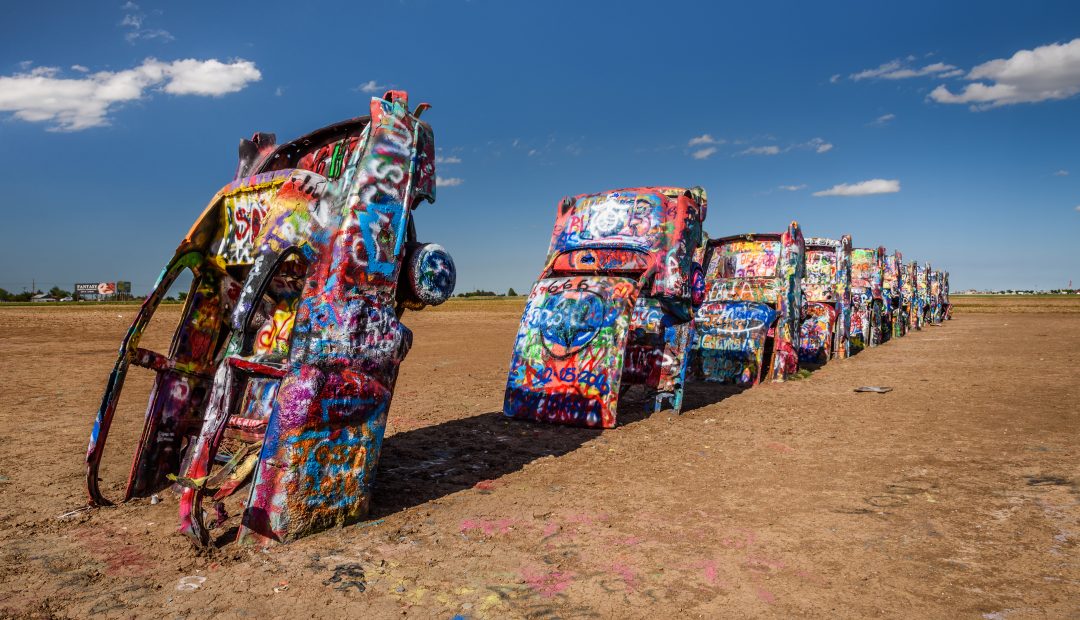 There is always so much to see when going on a good old fashion road trip. People travel miles to see some of America’s greatest attractions, but you won’t be seeing the Liberty Bell or the Hollywood sign on this list. Here are some of the most bizarre attractions you can see while traveling across the USA. These are things you have to see to believe.

The World’s Largest Ball of Twine

The World’s Largest Ball of Twine is a classic example of the weird, world record breaking things you can find traveling across the country. Located in Cawker City, Kansas, the ball is open 24-hours a day and is free for tourist to stop by and snap a picture. The ball was started by Frank Stoeber in 1953. After taking four years to create, it stood at eight feet high and weighed over 5,000 pounds. It continues to grow to this day, and as of its last weigh in, in 2013, the giant ball weighed 19,873 pounds. Locals add to the ball a the annual Twine-athon, held the third weekend of every August. On any other day, visitors are greeted by Linda Clover, its caretaker and the ‘Master of Twine’. She is happy to ask any guest if they want to add to the ball and record the addition so everyone who does it is a part of history.

Standing at six stories tall in Margate City, New Jersey is Lucy the Elephant. Originally named Elephant Bazaar, Lucy was built in 1881 and is Americas oldest standing roadside attraction. It was designed by real estate speculator James V. Lafferty to attract potential property buyers. Lafferty used it as his personal office and since then it has also housed a restaurant, a business office, and rentable summer cottage. After she was moved and remodeled, she became a National Historic Landmark and is a major tourist attraction in the area. Visitors can take guided tours for around $8 up the spiral staircase in her legs to the top and see a picture perfect view of the shoreline, ocean, and Atlantic City.

If you have a nut allergy you might want to stay away from this next attraction. Just outside of Alamogordo, New Mexico is McGinn’s PistachioLand: Home of the World’s Largest Pistachio. This nut is 30 feet tall and was created in 2008 as a memorial to Tom McGinn, founder of the ranch it sits on. To create the nut, over five yards of concrete and 35 gallons of paint were used to try and make the green pistachio look as realistic as possible. Visitors are welcome to come and see it as well as take a tour of the ranch and winery on the grounds. it is open every day from 9 A.M. to 5 P.M.

High Point, North Carolina is known as the “Furniture Capital of the World” so it is no surprise that here you will find the World’s Largest Chest of Drawers. It was originally built in 1926 by the High Point Chamber of Commerce as a tribute to the cities furniture and hosiery industries. The standalone building is a 32 foot tall remake of a 19th century dresser with two socks dangling out of one of the drawers. Visitors are welcome to come and take a self-guided tour around the drawers 24-hours a day. Finally there is a place with enough space for all of my clothing!

No road is better for an American road trip than Route 66. Along it, just west of Amarillo, Texas, is Cadillac Ranch. The public art installation includes 10, graffiti covered Cadillacs half buried in a Texas field. It was created in 1974 by an artist called The Ant Farm and financed by the millionaire Stanley Marsh 3. The cars are all positioned nose down and facing west, claiming to be at the same angle as Great Pyramid of Giza. The cars are all visible from the highway, and while technically on private land visiting is encouraged year round. Additionally you are welcome to bring along some spray paint and add your own touch of graffiti to the cars.

Depending on which side of the country you start on, this last sweet attraction could either be your first or last stop on the trip across the USA. Lenny the Chocolate Moose in Scarborough, Maine is the worlds only life size chocolate moose. He weighs 1,700 pounds and is made of pure milk chocolate. Lenny’s home is in an edible animal habitat in Len Libby Candies, a family run chocolatier in the town. Created in 1997, Lenny represents the official state and is surrounded by other chocolate friends that are found in Maine’s wildlife, including Libby, the 380 pound solid dark chocolate bear and her two 80 pound dark chocolate cubs, Cocoa and Chip. While you can’t eat Lenny, there is plenty of chocolate around the shop that you can take home with you.

Great Places to Visit In The Great Lakes

The Best Places to go to Completely Unplug and Unwind