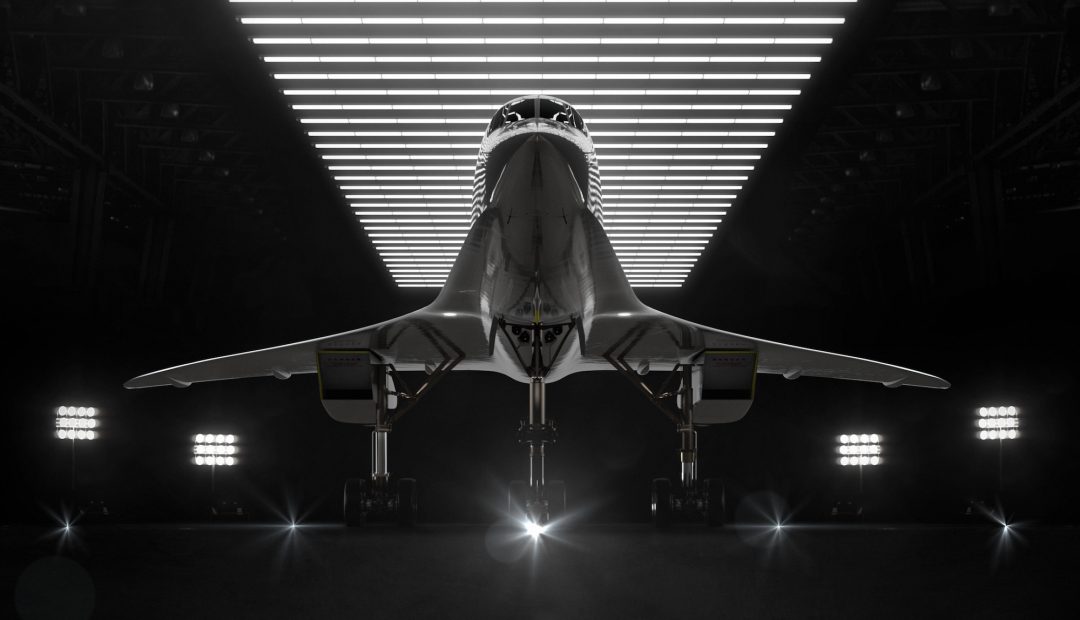 Boom Supersonic, a Denver-based aeronautics company founded in 2014, is currently developing the aircraft Overture, set to be the world’s fastest commercial jet ever.

The jet will surpass the Concorde in speed, flying over 1,000mph and cutting hours off transoceanic flights. The Overture is also going to be flying higher than any other jet around. The average cruising altitude is around 35,000-40,000 ft, but the Overture will by flying at a whopping 60,000 ft above sea-level.

One of the most interesting aspects of the airplane is that the company is hoping it will only be used on routes over the open ocean, that way local communities won’t have to deal with sonic booms that come from breaking the sound barrier. That means the aircraft could be great for a Los Angeles-Sydney flight, but wouldn’t likely be used for a Chicago to Delhi route.

The inside of the plane will be cozy and luxurious. Set in an all-business format, the jet will only have one seat on each side of the aisle, meaning that every single passenger gets both an aisle and window seat. This marks a much smaller cabin than the Concorde as well, which sat passengers in a 2×2 alignment. According to the Boom website, the Overture will only seat between 55-75 passengers.

To date. two airline companies, Virgin and Japan Airlines (JAL) have already pre-ordered aircraft. Test flights are expected to start later this year with aircraft going into circulation around 2025. Best of all, the company claims that tickets for flights on the Overture will be similar to that of long-haul business class flights today!

If You Love Cruising, Submit Your Ideas to the CDC