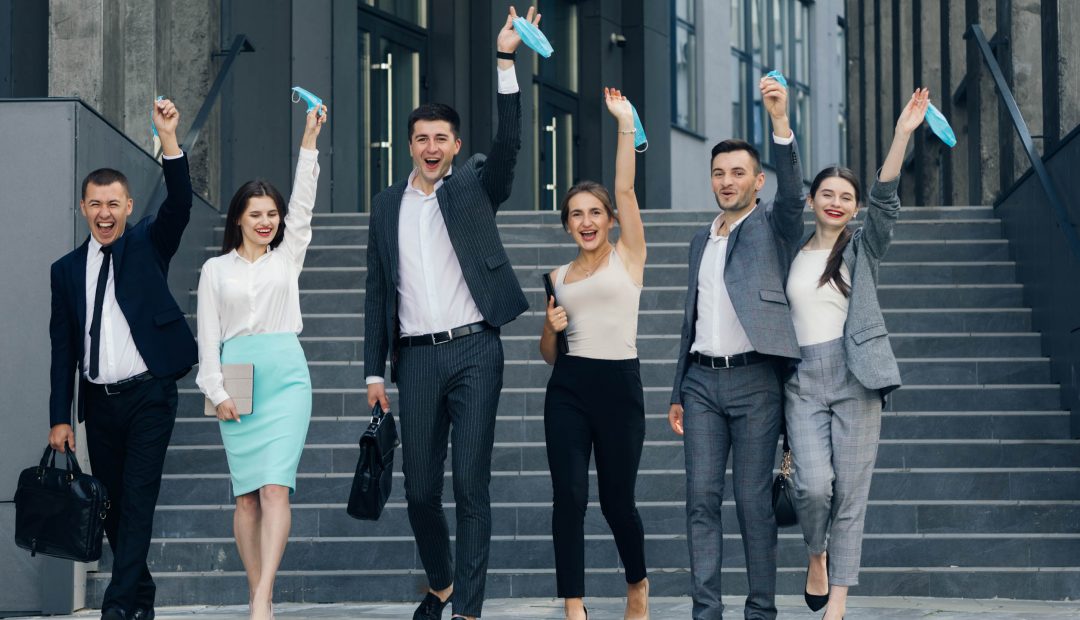 “I would hope that that’s the case, but that would only be the case if we don’t get another variant that eludes the immune response of the prior variant,” Dr. Fauci stated today.

Scientists, however, seem to be split over the future of the coronavirus pandemic. Just last month, news outlets like CNBC had headlines reading “Omicron could burn through the U.S. and potentially hasten the Covid pandemic’s end, says expert”.

As omicron rapidly continues its spread across the world, and as some Americans continue to refuse vaccinations (the country still sits at just 62% fully vaccinated, not including the booster dose which is now being recommended), many scientists are getting worried that this might not be the end of COVID, and might actually be the breeding ground for a worse variant.

On the one hand, some scientists are optimistic. In an NPR interview, Ravi Gupta, a researcher at the University of Cambridge, revealed that the Omicron variant doesn’t seem to infect lung cells as well as the Delta variant, which could explain why it’s less deadly.

The interview concluded by stating that, even if the COVID viruses don’t get “weaker”, the fact that more people are either vaccinated or have been exposed will mean our bodies will be better at fighting off the next wave, potentially ending the pandemic, and moving us into an endemic stage. The NPR interview even stated that it’s believed over 50% of Americans have now been infected by some strain of the coronavirus. But will that be enough to provide protection?

This question is best exemplified by two ABC Los Angeles articles released within days from each other. In the first article from January 14th, titled Could the COVID-19 pandemic end soon? Here’s what experts say about endemic phase, four scientists in the Bay Area were interviewed, all of whom showed optimism that the pandemic was shifting into a less severe endemic stage. In fact, UCSF’s Chair of the Department of Medicine, Dr. Robert Wachter, told the news outlet, “It is “reasonably likely” to expect the pandemic to draw to a close as soon as a month from today, though COVID-19 is likely to stay…”

Another scientist, Professor of Pediatrics and of Epidemiology and population health at Stanford Medicine, Dr. Yvonne Maldonado, said, “”In the next few weeks, we expect that the numbers are going to start to drop off pretty soon in California, and there’s evidence that that’s happening elsewhere also. So what we’re really hoping will happen is to move to a phase where we know that we have to live with this virus,”

This time around, the article says, “Every infection provides a chance for the virus to mutate, and omicron has an edge over its predecessors: It spreads way faster despite emerging on a planet with a stronger patchwork of immunity from vaccines and prior illness.”

Leonardo Martinez, an infectious disease epidemiologist at Boston University said in the piece, “The faster omicron spreads, the more opportunities there are for mutation, potentially leading to more variants.” Naturally, with the Omicron variant infecting upwards of 800,000 people per day, this creates ample breeding ground for the virus to mutate and evolve.

But still, some scientists see hope. NBC Piedmont interviewed Dr. Chris Ohl, Wake Forest Baptist’s infectious disease specialist. Who said that, currently, the hospitalization-to-case ratio is lower than it was with Delta, providing some baseline evidence of less severe illness. He concluded his interview with NBC by saying, “right now 92% of those in the hospital with COVID-19 had chosen not to be vaccinated and those numbers are even higher in the intensive care unit…If you are unvaccinated you will get omicron. No ifs, ands, or buts, it’s going to happen.”

On January 17th, news broke of an update from Dr. Fauci, which echoes everything said above. In short, Fauci says it’s unknown if Omicron will be the end of COVID…it all depends on whether a new mutation comes after it. According to a CNBC article posted just minutes ago, Fauci is quoted as saying,

“It is an open question whether it will be the live virus vaccination that everyone is hoping for…I would hope that that’s the case. But that would only be the case if we don’t get another variant that eludes the immune response of the prior variant. It’s not going to be that you’ll eliminate this disease completely. But hopefully, it will be at such a low level that it doesn’t disrupt our normal social, economic, and other interactions with each other. To me, that’s what the new normal is.”

For more information on COVID-19, visit the CDC’s webpage.

5 Cities That are Great for Outdoor Adventures

The 5G Airport Controversy. Is it Safe to Fly?