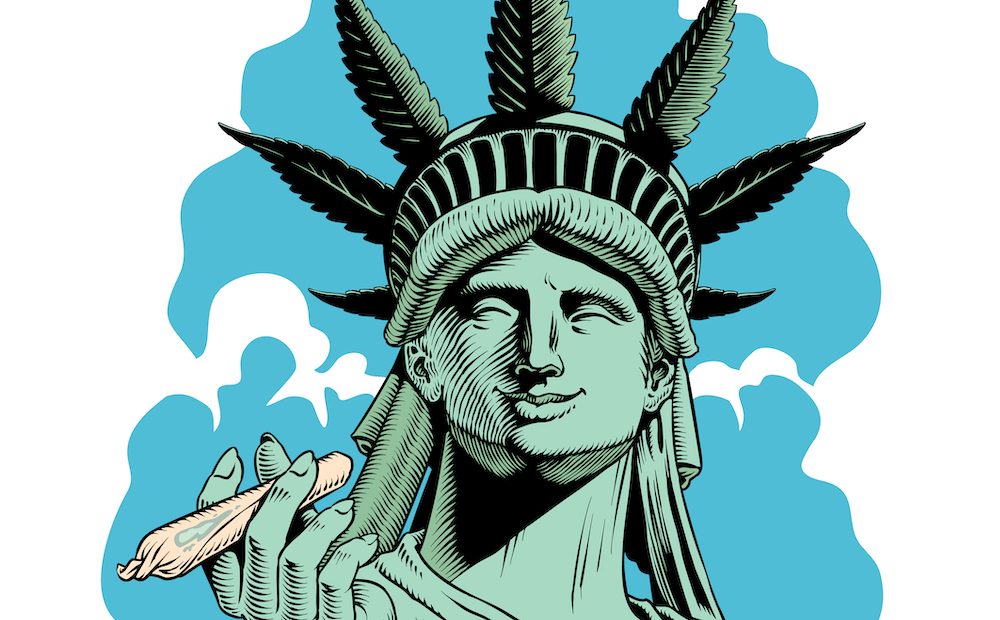 The New York Times has reported that the state of New York has reached a deal that would legalize recreational marijuana. According to the newspaper, this could create a $42 billion dollar industry, and create thousands of jobs for the state.

In the deal, delivery of marijuana would be legalized, as would lounge-like spaces where pot could be consumed (although alcohol wouldn’t be served). It would also let residents grow up to six plants at home for personal use. Like alcohol, the law would make it legal for those over the age of twenty-one.

One of the most high-profile benefits of the new law would be the way it benefits minority communities. For decades, Black and Brown people have been disproportionately penalized for petty drug charges compared to their white counterparts. The new law would require millions of dollars in tax revenues from the sale of marijuana to be invested into low-income, minority communities.

This would not only lead to fewer arrests in the city (which would free up the police force to fight larger crimes) but by investing in New York’s impoverished communities, the state could become safer and more equal.

Now that the deal has been made, it will be voted on as early as next week. However, as the NYT reminds, it’s a big piece of legislation with lots of moving pieces that will need to be brought together. So, it’s likely that New Yorkers won’t see any public implementation until next year.

Millions of Spiders on the Loose in Australia!