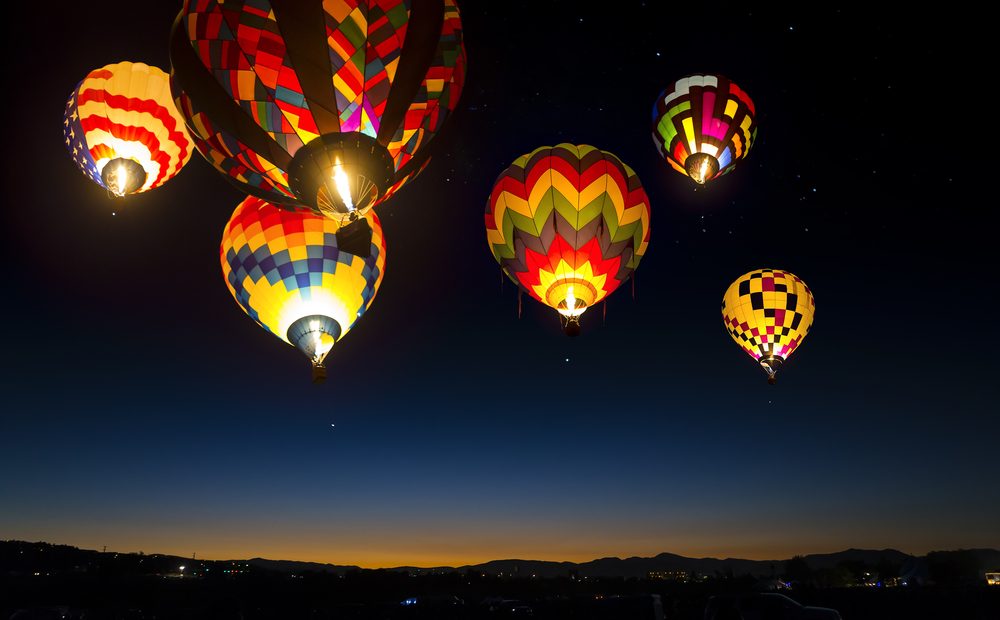 Hot air balloons…they’re not just for the Wizard of Oz anymore. In fact, many destinations around the world have launched hot air balloon journeys that are truly unique, adventurous, and will give you marvelous views that allow “ballooners” to see a destination in a whole new way.

Confused about where to take your first balloon adventure? Read below for the 6 most epic balloon journeys around the world!

In recent decades, Melbourne has emerged as a power player on the global stage and has climbed into the top 100 largest cities on the entire planet. It’s home to some of the tallest buildings in the Southern Hemisphere, and sits in between kangaroo-filled fields and the Port Phillip Bay, which leads to the ocean.

The city is also known for its sunrise hot air balloon rides. At the start of the day, when the air is still, you can fly over the towering CBD, past the crashing waves, and over the nearby hills. It’s one of the few places around the world where you can balloon directly over a major city.

For a seriously unreal experience, the Albuquerque Balloon Fiesta needs to be seen to be believed. Each October, 600 balloons take part in the festival, which includes pre-dawn flights, community balloon rides, after-dark balloon inflations that glow in the night air, and the epic mass ascension, where all the balloons take flight at once, covering the sky in color.  The festival is also home to great food and live music.

For a relaxing and spiritual experience, ballooning over the ancient temples of Bagan, Myanmar (Burma) is a must. Early morning balloon flights take you above the tree canopy, providing stunning views of ancient temples and mountains in the distance. Certain packages also provide the opportunity to have breakfast and wine too!

Costa Rica offers some extreme hot air balloon rides inside its Arenal National Park. The balloon rides take place beside Arenal Volcano, an active volcano that can still be seen erupting to this day. Also in the park, the balloons glide through the lush rainforest, giving ballooners an excellent glimpse of the local wildlife, including tropical birds, monkeys, and crocodiles.

The Swiss Alps are beautiful and breathtaking as it is, but each year, during the International Hot Air Balloon Festival, the mountains glow with color and life. Aeronauts from over 20 countries make their way up the mountains to launch their balloons.

The festival is probably best known for attracting some of the most unique balloons from around the world. Balloons in the shape of animals, cartoon characters, and every shape possible take flight, giving revelers a good smile and laugh. How often can you watch a giant chicken float above the mountains?

For peace and serenity, you can’t beat a balloon ride over California’s famous Napa Valley. Take a flight over Napa’s vineyards and olive groves for a truly regenerative experience. The California sun illuminates lush greenery while rolling hills drape the horizon. And with it being Napa, many balloon tours also include a wine tasting!

Is It Still Safe to Travel?

The Most Popular Dog Breeds Around the World