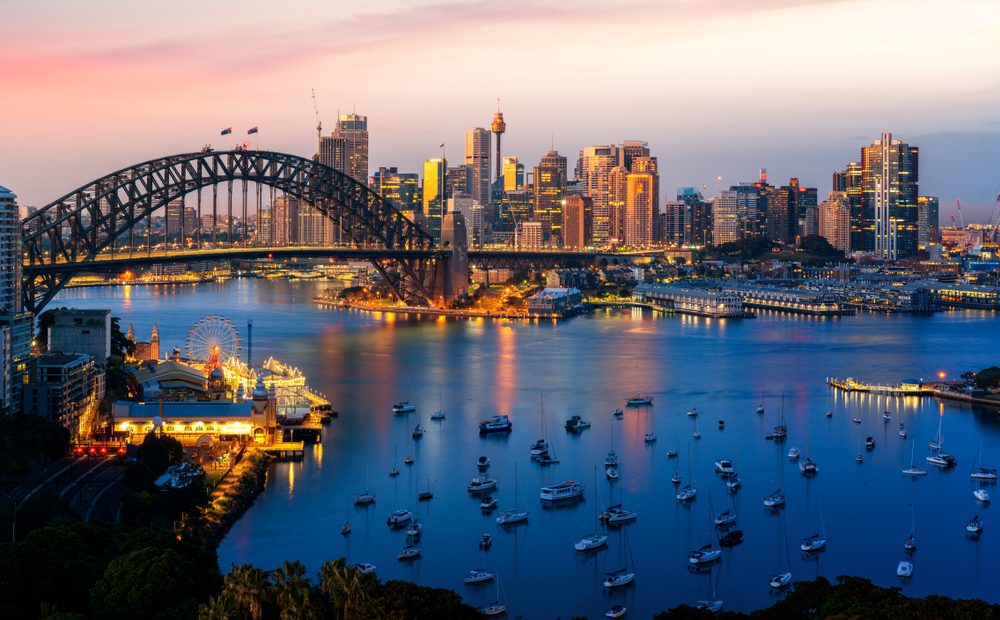 Not all skylines are made equal. Drab buildings, lackluster landscapes, and pollution can ruin the appeal of large cities. But for some destinations around the world, they’ve got picture-perfect city skylines, beautiful enough to capture the eyes and imagination of people everywhere.

Clean, sleek, and modern. It’s no surprise that films like Equals have use Singapore when filming scenes based in the future. Standouts in the skyline include the ArtScience Museum, designed to look like a giant lotus; the historic, 5-star Fullerton Hotel; and of course, the three-tower, 2,561 roomed Marina Bay Sands, complete with its own casino, mall, and theater. The hotel was used in the final scene of Crazy, Rich, Asians, and was famously destroyed in Independence Day: Resurgence.

Rome is everything Singapore is not; ancient, gilded, and ornate. Rome’s skyline is a collection of buildings that are all picturesque on their own. When put together, it’s almost overwhelming. The amount of time and manpower that went into creating Italy’s capital city is hard to even fathom. But their hard work paid off, and there’s a reason why Rome is known as the Eternal City.

Sydney is quite possibly the most perfect skyline in the entire world. The Harbour Bridge, the Opera House, and the bustling urban core, all situated on crystal clear waters next to the Pacific Ocean. Does it get any better? There’s a reason why we all grew up seeing this as the image that defines Australia. One look at this city is enough to make anyone hop on a plane and head Down Under.

Speaking of skylines that are absolute perfection… Seattle, much like Sydney, has everything needed to make a gorgeous city. Situated next to Puget sound, with Mt. Rainier in the background, Seattle already had some great ingredients for a perfect skyline. Add to that a world-famous monument like the Space Needle, and you have a truly one-of-a-kind skyline that people from all corners of the world can recognize. Seattle even has one of the oldest operating monorails in the world.

Hong Kong has the most skyscrapers anywhere in the world, so it’s no surprise that it’s going to have one of the world’s best skylines. The city’s skyline is split into two sides: Hong Kong Island and Kowloon. Both have stunning architecture, unique designs, and lush hills in the background. For the best views of the Hong Kong skyline, take the Peak Tram to the top of Victoria Peak, which will give you a pristine view of both Hong Kong Island and Kowloon.

Somehow, Paris made a central business district that still feels very Parisian. Rising high above the historic and gorgeous buildings of Paris, a new modernist skyline has emerged. Filled with interesting architecture like the Tour D2, Tour Carpe Diem, and the centerpiece, the Grande Arche, which is a giant office building designed like a hollow cube. Inside is a large open space used for community events. It was designed to have a similar feel to the Arc de Triomphe.

The setting of Rio de Janeiro seems like a fantasy. Steep lush mountains poke through the high-rise buildings as if they have no idea that a city of 7 million people reside next to them. With cable cars, the famed Christ the Redeemer statue, and the Copacabana Beach, there’s a lot of beauty to take in in Rio.

It’s the city, and the skyline, known around the world. And for good reason. There’s something magical about New York. It holds a life, a power, and a gravity that few other cities do. Making the skyline so special are buildings like the Empire State Building, The Chrysler Building, and the new World Trade Center.

MSC Cruises Launches #SuperCoralPlay to Help Save Our Oceans.