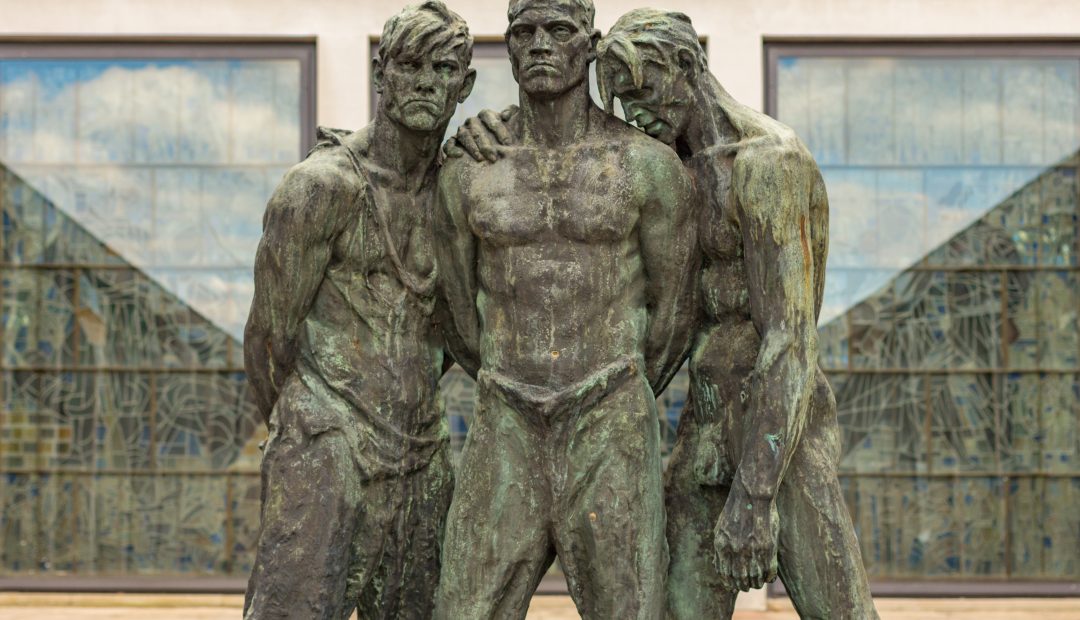 There are lots of places you can travel to, but don’t you want to go somewhere meaningful? The history and culture of the gay community is one that a lot of the world is still discovering. What better ways to educate ourselves and be stewards to others than to go and visit the important places where LGBTQ history was made? Below is a list of 4 places that are an integral part of what it means to be gay in the world today. How many have you been to?

You probably already know about the Stonewall Inn. One night in 1969 the Stonewall, a dive bar in Manhattan’s West Village, was raided by police for running without a liquor license. Gay bars were regularly raided by the police for various reasons, but on this night there was a certain spark in the air, and the patrons decided they had had enough and chose to fight back. From there, the modern LGBTQ rights movement was ignited.

What you might not know about the Stonewall is that it’s actually a very welcoming and accessible place. The West Village is quaint and filled with beautiful old brick townhouses and cute shops. In front of the Stonewall sits a small park with statues commemorating the 1969 riots. It’s called the Stonewall National Monument and is a new national park unit located in Christopher Park.

San Francisco already had a sizable gay population, which some LGBTQ lore credits all the way back to the days of the California Gold Rush. After the military discharged thousands of LGBTQ servicemen in San Francisco due to their sexuality, the city’s reputation would cemented forever. Areas like the Tenderloin and the Castro began booming as LGBTQ epicenters. Visiting the Castro is like taking a step into history. Every corner of this neighborhood has a story to tell. This was the land of Harvey Milk’s successful campaign, becoming the first openly gay person to ever be elected to office in California. The area was also one of the hardest hit in the HIV/AIDS epidemic. From some of the oldest gay bars in the country to the famous Castro Theater, spending time in this neighborhood is an eye-opening experience into the creation of the modern LGBTQ community. Strike up a conversation with a local who’s lived here for a while, and you’ll hear more than just something important to gay history, you’ll learn an important part of American history.

Want a little extra LGBTQ education? Milk wasn’t actually America’s first gay person elected to office. That title belongs to Kathy Kozachenko who was elected to Ann Arbor’s City Council in 1974. Though Ann Arbor doesn’t tout the gay history of San Francisco, it is a very liberal and very cool place thanks to the juggernaut that is The University of Michigan. While there, grab a sandwich at the famous Zingerman’s Delicatessen and stroll the ivy covered stone buildings of UofM.

In 1999, Neo-Nazi David Copeland detonated three separate bombs throughout London hoping to stir racial and homophobic tensions. One of the bombs was detonated at the Admiral Duncan Pub, a gay bar in the SoHo district, killing three and wounding 70 others. This horrific act ended up bridging relations between the LGBTQ community and law enforcement. After the bombing, the police parked a van outside the pub to help gather evidence and statements. The van was staffed entirely with openly gay and lesbian police officials to help create a sense of safety and comfort. It was a true turning point in history that began to mend the tattered relationship between the gay community and law enforcement.

For a long time, the persecution of gay men in the holocaust went largely unnoticed. Being gay was still a crime in Germany after the Nazi regime, so some gay men were taken from camps straight to prison, and others learned to remain silent for fear of social stigma. Throughout the decades after the holocaust however, the truth began to emerge as survivors started feeling more comfortable sharing their stories. The now-famous pink triangle symbol actually originates from the badge that gay men had to wear in the camps for identification. Although remembering the holocaust is painful, forgetting it is dangerous. Sachsenhausen is notable to the gay community because it housed a large number of homosexuals. The camp is now a museum and features a memorial to gay victims, a preserved uniform bearing the pink triangle, and pictures from the camp’s operation showing the expansive number of gay men that were held there. It certainly isn’t the easiest place to visit, but it surely is one of the most important.

6 Dishes You Must Try When Traveling To Southeast Asia

The Best Ways to Travel Cheaply, for Free, or Even Get Paid!