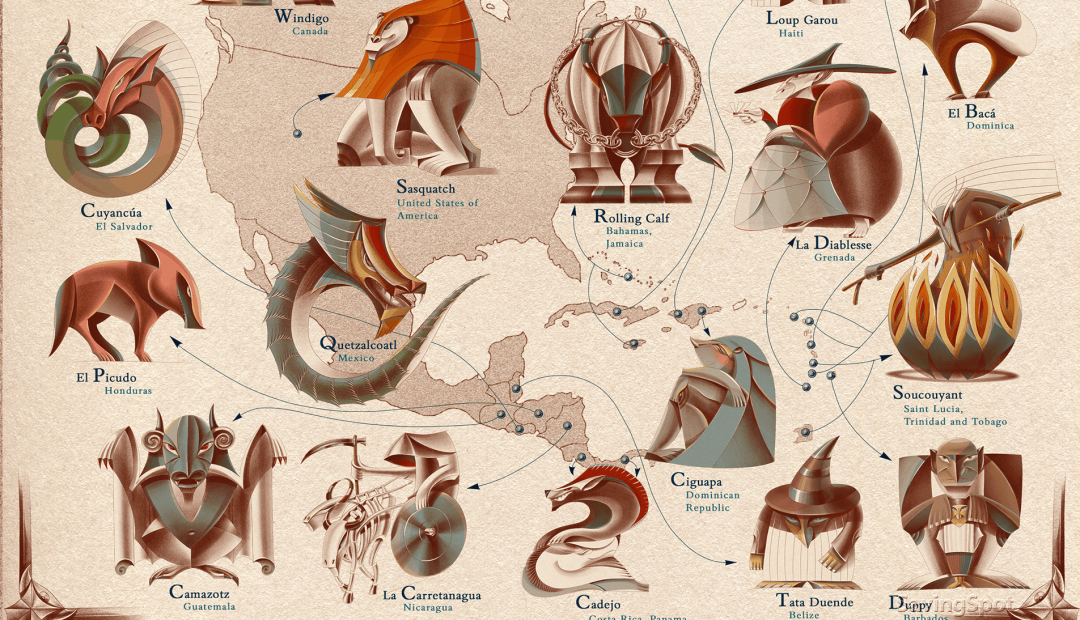 Every nation has its legendary creature. Some walk on earth, others swim through our oceans, and some even soar into the night sky. But what connects them all is that they captivate the imagination and curiosity of people from around the globe…and sometimes, they can even be based on fact, rather than fiction.

The Bili ape, for example, was thought to be a legend for decades. Locals in the Democratic Republic of the Congo claimed there were massive, human-sized apes in the Bili forest that could even hunt and kill lions. These apes weren’t caught on camera for the first time until 2012. Then there’s Africa’s 20-foot crocodile, Gustave, who also turned out to be very much real.

Here are 7 of the most popular mythic creatures from around the world, as compiled by SavingSpot after they searched databases and crunched the numbers based on how many Google searches each monster got last year. How many have you seen? 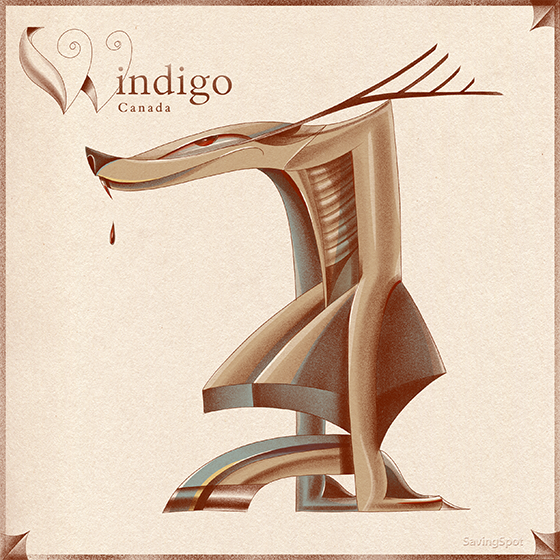 The Wendigo (sometimes called Windigo) is an evil spirit in the folklore of many of Canada’s First Nation tribes. The wendigo is alleged to look gaunt, emaciated, and near death. It’s often portrayed as having a body somewhere between a deer and a human corpse. Legend has it that a Wendigo can influence people into greed, murder, and even cannibalism. 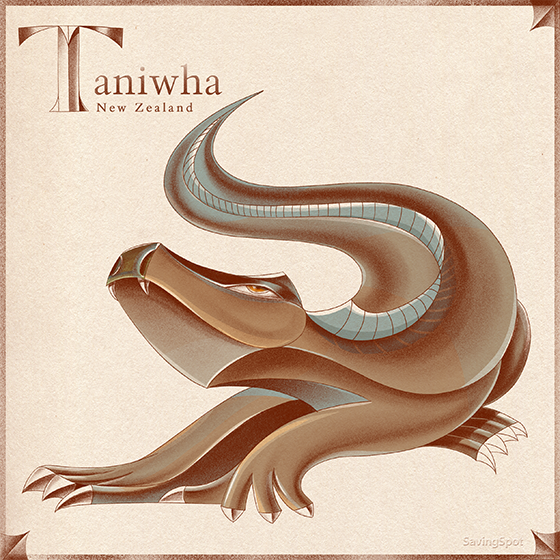 Taniwha are said to have bodies that combine the looks of a lizard with a whale. They dwell in deep rivers and lakes, and within dark caves. The taniwha can be viewed as gracious protectors or malevolent monsters. It’s also believed that the taniwha created many of the natural landscapes in New Zealand. In recent years, the taniwha have come into pop culture by being used in court cases and in politics. In fact, the claim of a taniwha was even able to halt the construction of a major highway on New Zealand’s North Island. 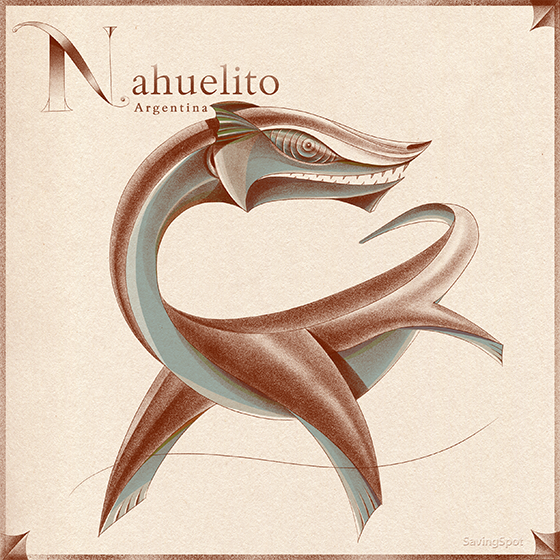 In the high-altitude Nahuel Huapi Lake in the Patagonia region of Argentina, its believed that a remnant dinosaur still exists. Nahuelito, believed to be some form of a plesiosaur, has been spotted from time to time, and even photographed. The lake where Nahuelito lives is astonishingly deep, over 1,500 ft, and is surrounded by volcanic activity. Another theory, which is equally as crazy, is that Nahueluito is a submarine…It appears that in 1960, the Argentine Navy chased an unidentified underwater object through the lake, but soon they lost it from their radar, and it was never seen again. Strangely enough, that same year, the lake had a freak tsunami (which is extremely rare for an inland lake of such elevation…) 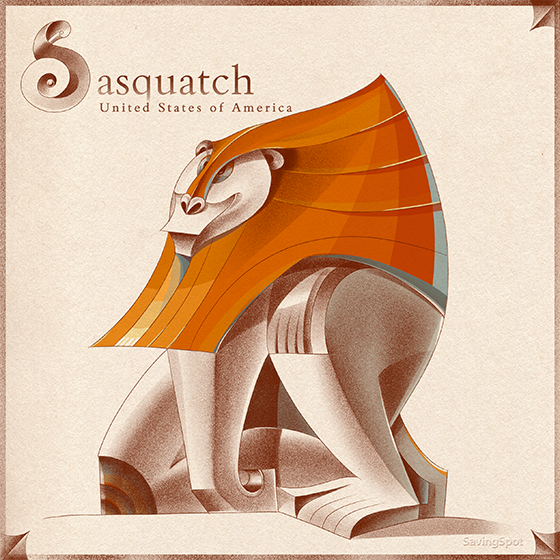 The legend of sasquatch goes back hundreds of years. But it wasn’t until 1958, when a man named Jerry Crew discovered massive footprints in a construction site in the forest, that the name “bigfoot” spread across the nation. After that, countless sightings have led to video recording and photographs, but to date, there’s still no biological proof of bigfoot. However, with 1/3 of all sightings taking place in Northern California, Oregon, and Washington, researchers and enthusiasts have a great idea of where to look. 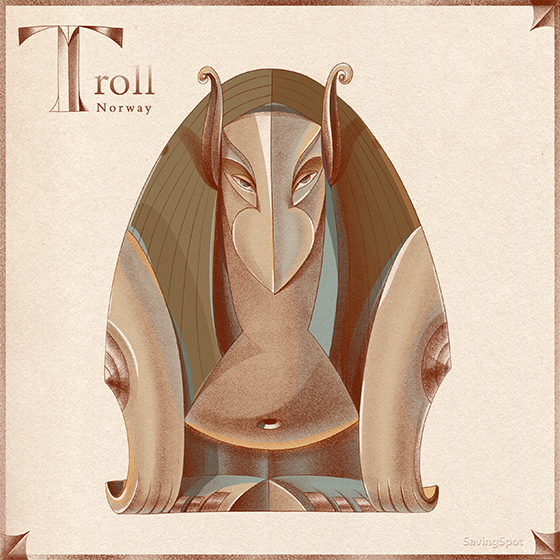 In Norse mythology, trolls were isolated creatures who lived on desolate islands, mountains, and caves. They’re rarely claimed to be helpful or hurtful to humans, but rather, just different. In a famous account from 9th-century poet, Bragi Boddason, a troll stopped him as he was crossing the woods one night and started aking him who he was. This could be the origins of where the whole “trolls ask three questions” legend comes from. 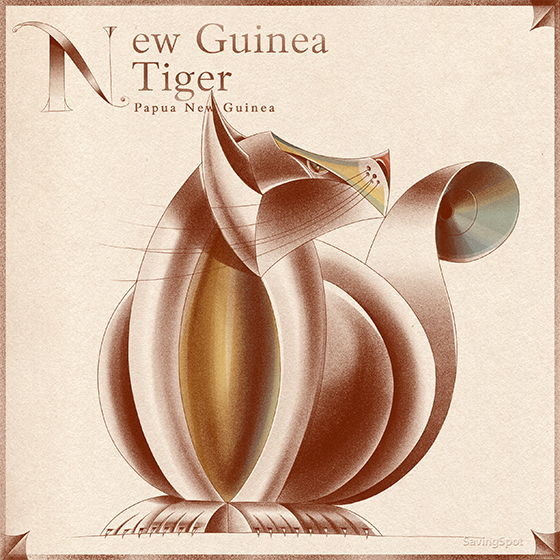 New Guinea is a massive island, in fact, it’s the second-largest in the world, behind Greenland. It’s split in half, the west is part of Indonesia, and the east makes up the nation of Papua New Guinea. And recently, tales of a striped canine has been making its way off the island. and what’s even stranger, is that the creature being described sounds eerily similar to the Tasmanian Tiger, which only went extinct back in 1936. In recent years, the animal has also had numerous reported sightings throughout Australia as well. Is it possible that a remnant population somehow migrated from Australia to the nearby island of New Guinea and repopulated? 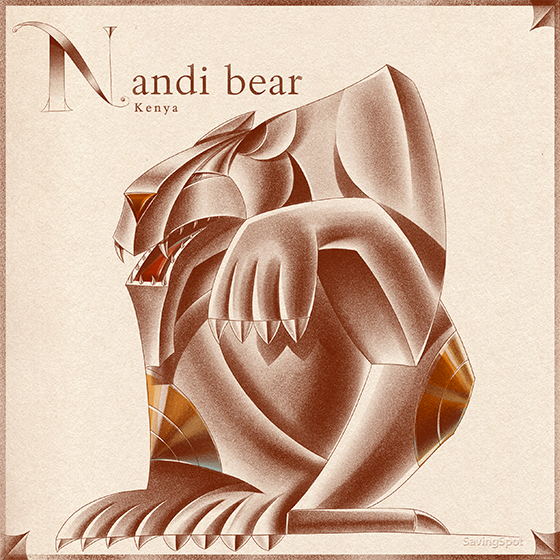 The Nandi bear, which is believed to roam Western Kenya, is said to be somewhere between a bear and a hyena. Those who have witnessed the creature say its fierce, nocturnal, carniverous, and attacks its prey while standing on two legs. This has led to many scientific deabtes as to wheter the “bear” was actually a primate that strayed out of its native range, or was a remnant ancestor of the chalicothere, or even a large hyena that, due to lack of food, adapted to be a man-eater.

Will a COVID-19 Vaccine be Approved in November?