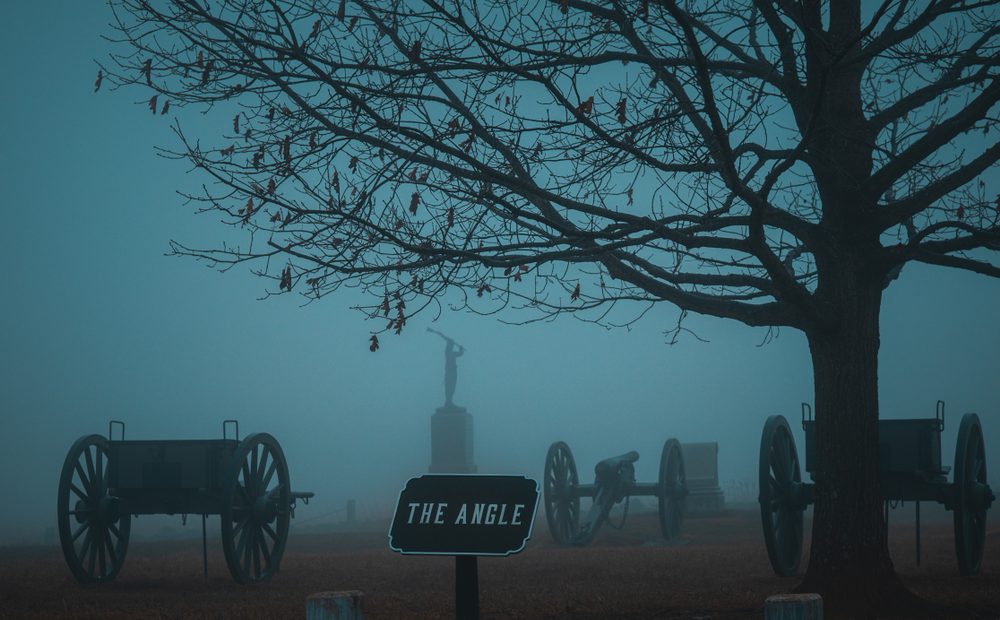 Everyone wants to experience the spooky, creepy, wonders of Halloween, but many wonder which outdoor destinations they can visit during the ongoing pandemic, and if there are places they can visit to get some scares, without endangering their health. The answer is there are tons! America is loaded with haunted forests, caves, cemeteries, and more. While visiting a haunted town like Salem is always fun, there’s no need to be near civilization to get your haunt on…simply visit one of these truly terrifying outdoor destinations!

The Bell Witch was a supposed supernatural entity that began haunting the Bell family back in 1817. John Bell was a farmer, and one night while walking the fields, he came across a large black dog. When he shot at it, it vanished into thin air. Soon after, the family’s slave witnessed the same black dog, claiming it chased him through the fields.

Before long, the family began seeing lots of ghostly apparitions on the property. They eventually asked a friend to stay with them for a night to see if he too would experience a haunting, and sure enough, he was visited during his sleep by a strange spirit. As word spread around the village, the legend of the Bell Witch was born. The villagers claimed the witch could shapeshift and even turn invisible. One night, the enraged townspeople chased the witch into the Bell Witch Cave, where they say she remains to this day.

New jersey’s Pine Barrens is the large central part of the state that has largely been left as old-growth forests. The Barrens are loaded with paranormal hotspots, but it’s most-known as the home of the Jersey Devil.

Locals say that back in 1735, a Mrs. Leeds was pregnant with her 13th child. Tired, overworked, and underappreciated, Mrs. Leeds cursed her unborn child, claiming it would be a devil and would ruin her life. Then, one stormy night, Mrs. Leeds gave birth. But her child was far from a healthy baby. It had wings, hooves, and the head of a goat. Immediately, it ran away into the Pine Barrens. Since then, the beast has been known to kill livestock, stalk hunters, and even chase children. Want to see for yourself? The Pine Barrens has tons of hiking, biking, and camping options!

In 1967, two men, Roger Patterson and Bob Gimlin, were horseback riding along Bluff Creek outside Willow Creek, California. The two men happened to stumble upon a wandering bigfoot, so they quickly whipped out their camera and filmed it walking along the banks of the river. This has become known as the Patterson-Gimlin film and continues to be one of the most famous images of bigfoot of all time.

Bigfoot hunters around the world still visit the forests of Northern California and numerous bigfoot sightings are made every single year. For a real scare this Halloween, why not go hiking in some woods where something might be lurking…and watching you?

Everyone knows the battle of Gettysburg, it was one of the biggest fights of the Civil War. Countless died on the battlefield, and many more died within the coming days of their wounds.

Nowadays, many people hear voices, see apparitions, and feel being touched while visiting. Many of the Civil War reenactors even report that they’ve experienced strange phenomena while performing. Adam Berry, star of the ghost-hunting show Kindred Spirits, even says that he got into the paranormal after witnessing a full-bodied apparition walk directly in front of him when he visited the battlefield as a child.

Located in the heart of downtown Boston, sits the Granary Burying Ground. The cemetery is one of the oldest in America, being founded in 1660. It also holds the remains of some of America’s most prominent revolutionary leaders, including Paul Revere, Samuel Adams, John Hancock, and many more.

To this day, visitors still claim they can hear Paul Revere if they walk the cemetery at night. Many visitors also return home to discover that there are numerous flying orbs in their photos. On top of that, many begin feeling incredibly sad when walking in the cemetery, but immediately feel better after leaving. Some even hear voices. Could the spirits of America’s Founding Fathers remain in the cemetery?

Flights Between New York & London Could Resume Before Thanksgiving

12 of the Most Famous Books Set Around the World