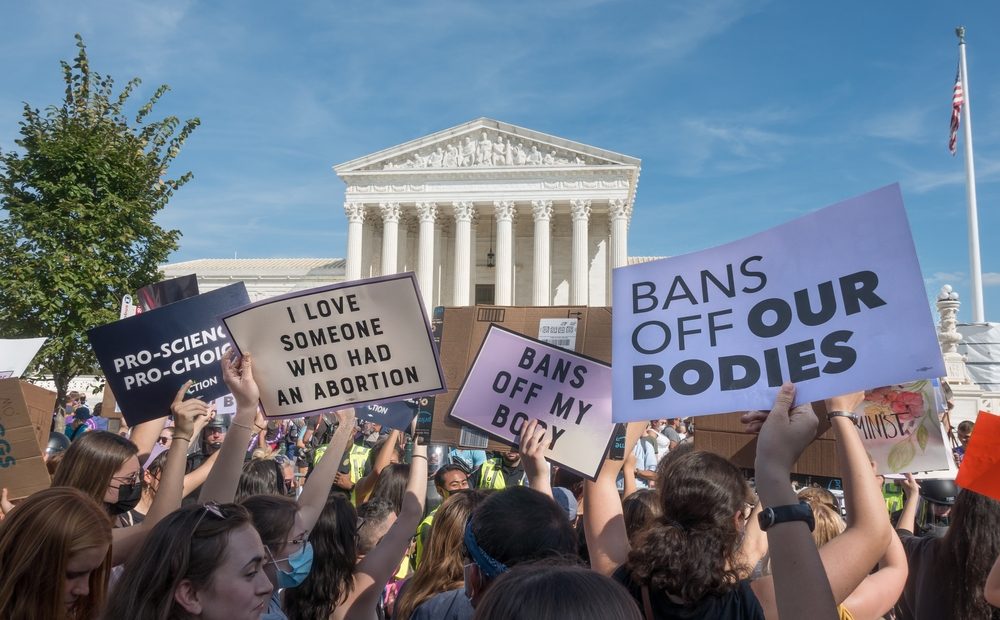 Earlier this week, a Supreme Court draft was leaked to Politico which shows the Republican-controlled court is seeking to reverse Roe v. Wade, paving the way for states to outlaw abortion in America. Numerous Red States already have laws on the books that will ban abortion the moment Roe v. Wade is overturned.

Because of this, a new topic has emerged, that of ‘abortion travel’, which is when a woman travels across state or country borders in order to have her abortion. Making the whole situation even trickier is that academics are already anticipating that Republicans won’t be content with just banning abortion in their states, but will attempt to outlaw people getting abortions in other states as well.

In an interview with Bloomberg Law, David S. Cohen, a professor at Drexel University’s Thomas R. Kline School of Law in Philadelphia, stated, “There are going to be a number of states who are not satisfied with just knowing that there’s no abortion happening in their own state. They’re going to want to do more than that.”

Companies are even already offering to cover the cost of transportation for employees who will need to travel for their abortions. Per Reuters, Levi Strauss has already come out saying they will pay for any employee forced to travel for an abortion, stating, “Given what is at stake, business leaders need to make their voices heard and act to protect the health and well-being of our employees. That means protecting reproductive rights.”

it seems that 2022 will be another year where travel becomes political, building upon the already-mounting tension created from the COVID-19 pandemic which thrust the travel industry into the political spotlight.