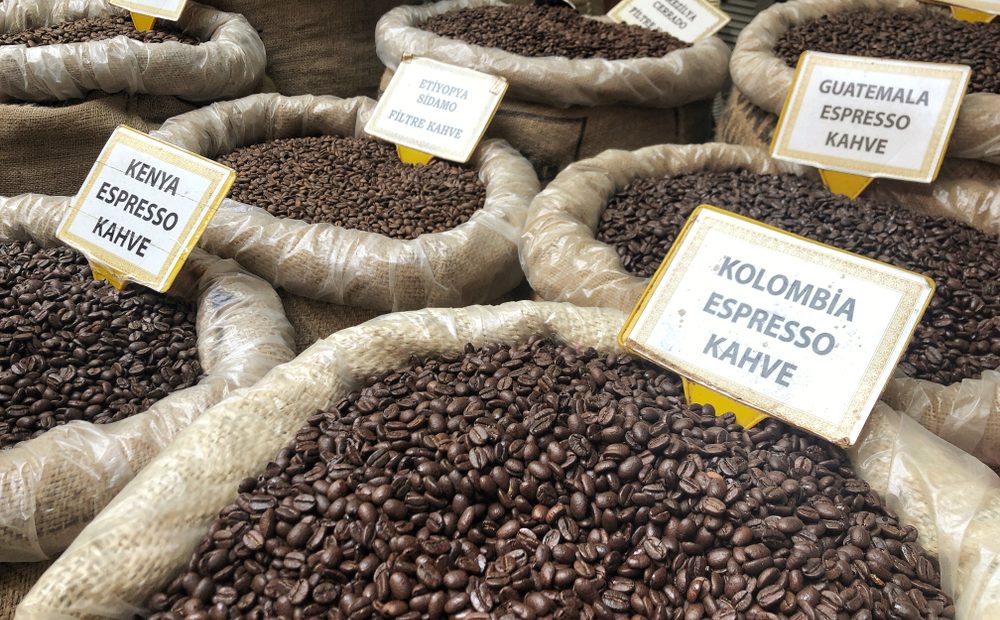 Unfortunately, thanks to large tubs of Folgers, Keurig K-Cups, and gas stations coffee, many people are probably unaware of what great coffee tastes like and where it comes from. The most common misconception is “Italian coffee” or “Italian espresso”. Italy doesn’t actually grow coffee, but instead is famous for their roasting and brewing methods. So, where does coffee come from?

Every country in Central America grows coffee. In fact, there’s even a good bit of coffee grown in southern Mexico as well. Central America is often said to produce some of the best coffee in the world. Even non-coffee drinkers have likely heard about Costa Rica and Guatamala as being coffee regions, but nations like Honduras and El Salvador also have robust coffee industries. What makes the region so special is its combination of volcanic soil (thanks to the many volcanoes in the region, some of which are still active) and the tropical, moist climate that keeps the plants warm and well-watered.

A vast majority of the world’s coffee comes from South America. In fact, Brazil and Colombia alone produce almost half of the global coffee crop each year. Coffee from South America comes in two very different flavors. First, you have coffee that’s grown in high-altitudes, up in the mountains. These coffees tend to be similar to Central American coffees, being more floral, acidic, and light. However, South America (Brazil especially) also grows a lot of coffee at lower elevations, closer to sea level. These are the coffee beans most exported from South America, and they’re known for a much deeper, darker flavor.

As climate change continues to alter ecosystems, more farmers in South America are starting to grow robusta beans, which are known to be lower quality, but was believed to be hardier and able to withstand erratic weather patterns caused by climate change. However, recent studies are proving that this may not be the case.

Eastern Africa – especially Ethiopia and Kenya – is another world-famous coffee region. In fact, Ethiopia is where it all began. The first known arabica coffee plant was found in Ethiopia and was first written about in the 12th century.

Kenyan and Ethiopian coffees are prized for their unique and distinctive tastes. If you’re the kind of person who likes a highly-caffeinated, pitch-black cup of joe, African coffees probably aren’t for you. Instead, these are known for their delicate, acidic, almost tea-like flavors and complexities, making them a favorite amongst the most discerning coffee drinkers.

The word Java has become synonymous with coffee. But did you know that it’s because Java is an island in Indonesia that produces some of the world’s favorite coffee beans? And though Indonesia is Asia’s most famous coffee producer, it’s actually Vietnam that grows the most.

However, it’s Indonesian coffees that tend to take center stage for quality and flavor. Most notable is the coffee that comes from the islands of Java and Sumatra, but highly-prized artisan coffee is starting to be grown all over the country, even on islands like Bali. Coffee from this region is said to be the perfect kind to mix with milk and sugar, thanks to its bold tasting notes, making for excellent lattes or iced Vietnamese coffees.

What The Cruise Industry is Doing to Protect Passengers