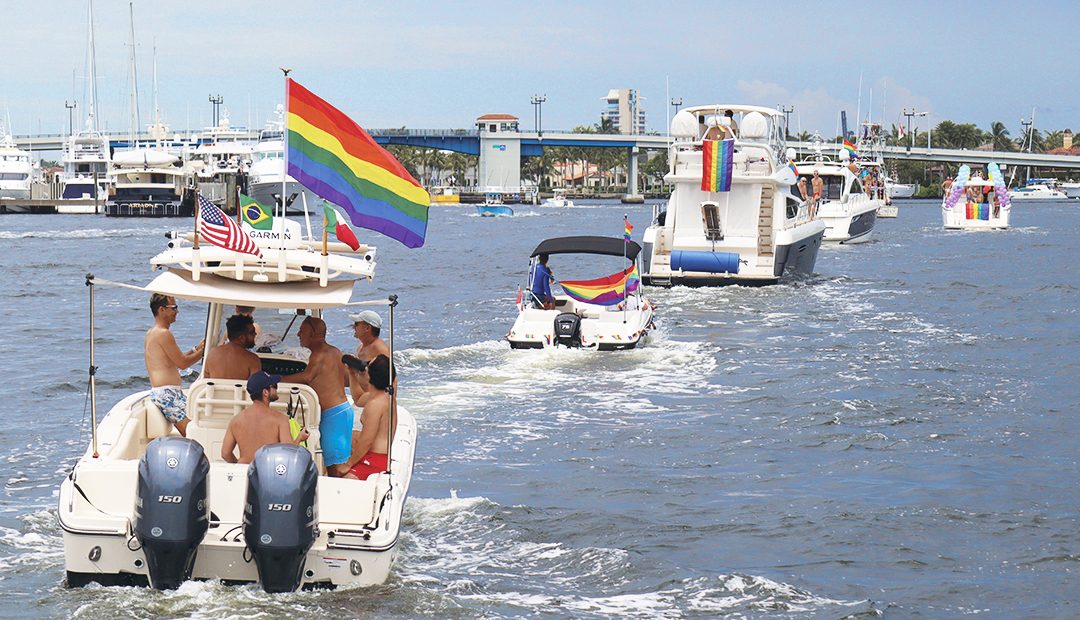 On Sunday, June 21, more than 30 decorated boats formed a flotilla down the Intracoastal Waterway and up the New River into downtown Fort Lauderdale. Many were members of a local LGBTQ boating club, Boys with Boats. The vessels ranged from deep sea fishing boats, luxury yachts and sailboats to personal watercraft. Two boats from the Fort Lauderdale Police Marine Unit, both sporting rainbow flags, escorted the boat parade.
“When our Pride parade was postponed, everyone was so disappointed,” said Scott Schramm, one of the event organizers. “But, we realized, the pandemic couldn’t stop us if we moved the parade to the water. We started putting the word out on social media and had no idea how many boats might show up.” 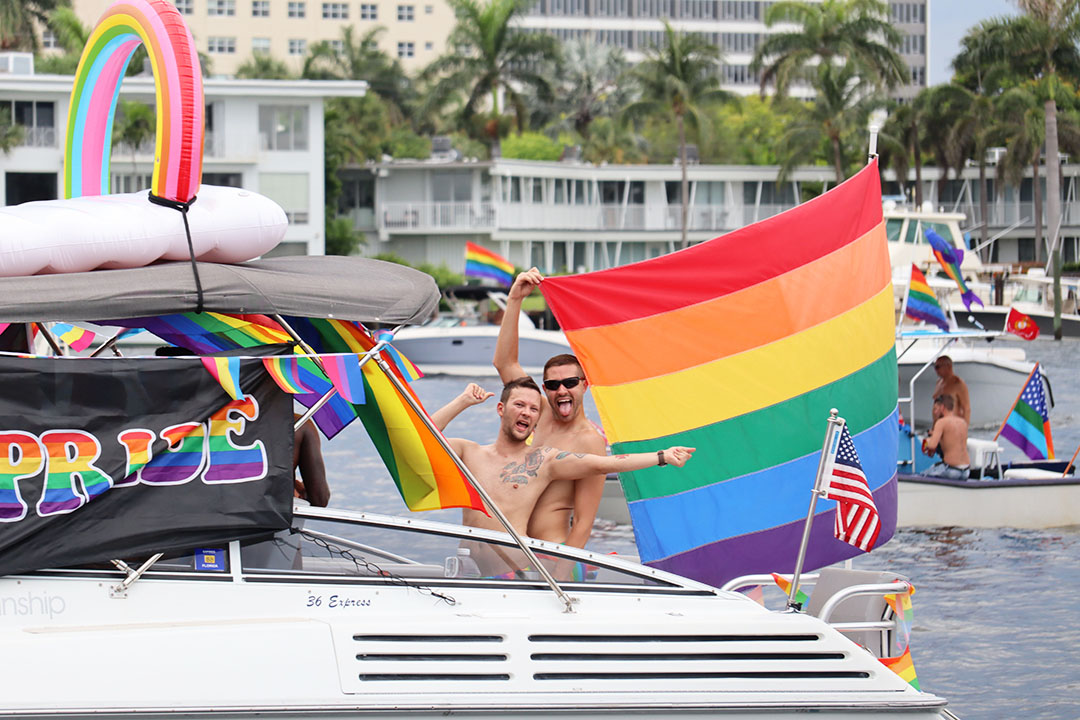 Revelers onboard the boats danced, clacked fans and honked their horns as bystanders along the five-mile route cheered. “Everyone had a great time. It was definitely a Pride we won’t forget anytime soon,” added co-organizer Patrick Parker.

Parker, Schramm and the other boaters hope the Pride Flotilla will become an annual event in Fort Lauderdale, known as both the “Venice of America” and the “Yachting Capitol of the World.”
Like
Like Love Haha Wow Sad Angry
1532714
Previous Post