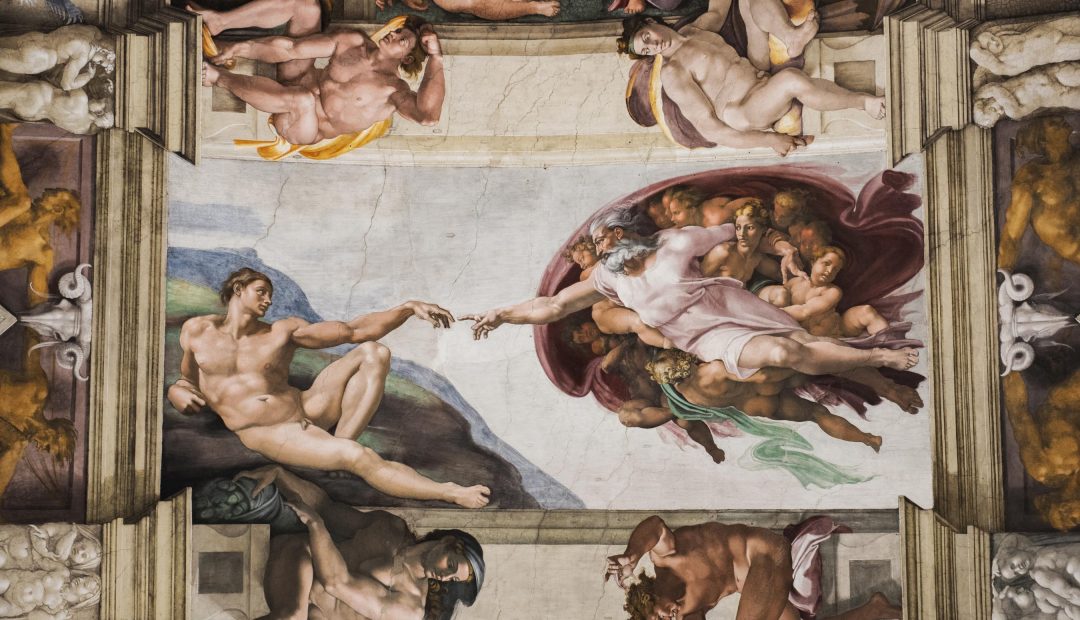 Personally, I’m not religious. However, I can still appreciate beauty when I see it. There is just something about the spiritual that inspires great works of art, like the ceiling of the Sistine Chapel, and stunning architecture like La Sagrada Familia. But not every site on this list is manmade. Some natural formations have also become holy sites, and all are equally gripping, powerful, and awe-inspiring.

The cathedral, which began construction in the year 1248, is dedicated to St. Peter, and is part of the Roman Catholic Church. The building’s ornate and intricate design makes it a spectacle both inside and out. However, even more intriguing than the building itself, it’s the fascinating history that it’s lived through.

During WWII, the cathedral was struck during multiple bomb raids, and a tank battle happened directly in front of its doors. Astonishingly, the cathedral remained standing despite the fact that most of Cologne was nothing but rubble.

Going back even further, the current cathedral sits on a site that has been occupied by Christian buildings since the 4th century, including a prior cathedral, and a baptistry. During renovation of the building they even found numerous graves of people who were adorned with grave goods, leading some historians to believe that they were the graves of 5th century royals.

Sedona, Arizona is apparently a vortex hotspot. Spiritualists believe that lay lines crisscross throughout Sedona, creating powerful areas known as vortexes. They claim there are three types of vortexes: magnetic, electrical, and balanced. Cathedral Rock is special because it’s a mix of both magnetic and balanced energy, allowing for deeper meditation and spiritual enlightenment.

Even before new age mediums began claiming a healing power here, Native tribes such as the Navajo believed this space to be sacred, which makes you wonder…what kind of power does Cathedral Rock hold?

The Prambanan temple is a UNESCO World Heritage Site, and is the largest Hindu site in all of Indonesia. It was once the center of life in the area, however, around the year 930AD, an event (potentially an earthquake, or war) shifted the community elsewhere. For hundreds of years, the temple sat in ruins. The local Javanese heard stories of the sacred site passed down from elders, but none had dared to travel there. It wasn’t until 1811, when the British accidentally stumbled upon the ruins that it was officially “rediscovered”.

Today, the temple is home to dance performances and other ceremonies, and is open for visitors!

Next to the Kashdish mosque in the Moroccan capital of Marrakesh, sits the Saadain Tombs. The compound houses the tomb of Saadian Sultan Ahmed Al Mansour Ed Dahbi and his family, as well their servants, guards, and advisors. The tombs are made from marble that was imported from Italy, and walls covered with pure gold. Outside the temple in a courtyard rests the graves of soldiers, which are marked by ornate tile-work on the ground.

Shortly after Mansour died in 1603, the tombs were sealed off by the new ruler who didn’t want to look at the old dynasty. The tombs weren’t rediscovered until 1912, when aerial photos revealed a hidden structure next to the Mosque.

Talk about a city on a hill…

Off the coast of Normandy, sits the isle of Mont Saint-Michel. Throughout time, the island has seen its fair share of turmoil. It’s been the site of countless battles throughout history, as well as the center of a heated debate between Normandy and Brittany, both of whom claim the isle. Also, if you look at this at astonishing structure and go…this totally looks like The Lord of the Rings, then you’d be right. The isle served as the inspiration of Minas Tirith in the film.

Today, the Monastic Fraternity of Jerusalem (a Catholic group) resides on the island and runs the Abby and crypt (yes, the island has its own crypt.) Over 1 million pilgrims make their way to the Abby every year to partake in religious services with the monks.

The Byodo-In Temple in Hawaii is a replica of Kyoto’s 900-year-old temple of the same name. While the Kyoto temple is gorgeous, it can’t compare to the lush backdrop of green mountains, tropical birds, and winding koi ponds of the Hawaiian temple. The replica was dedicated to Japanese immigrants in America. It’s a non-denominational Buddhist temple and welcomes visitors of all faith backgrounds.

The intricately designed temple, sitting amongst the gorgeous nature of Hawaii, is a sight so captivating that Hollywood has used it numerous times. The temple grounds have been featured in the TV shows Lost, Hawaii 5-0, Magnum PI, SeaQuest, and the film Pearl Harbor.

The Creepiest Cemeteries Around the World