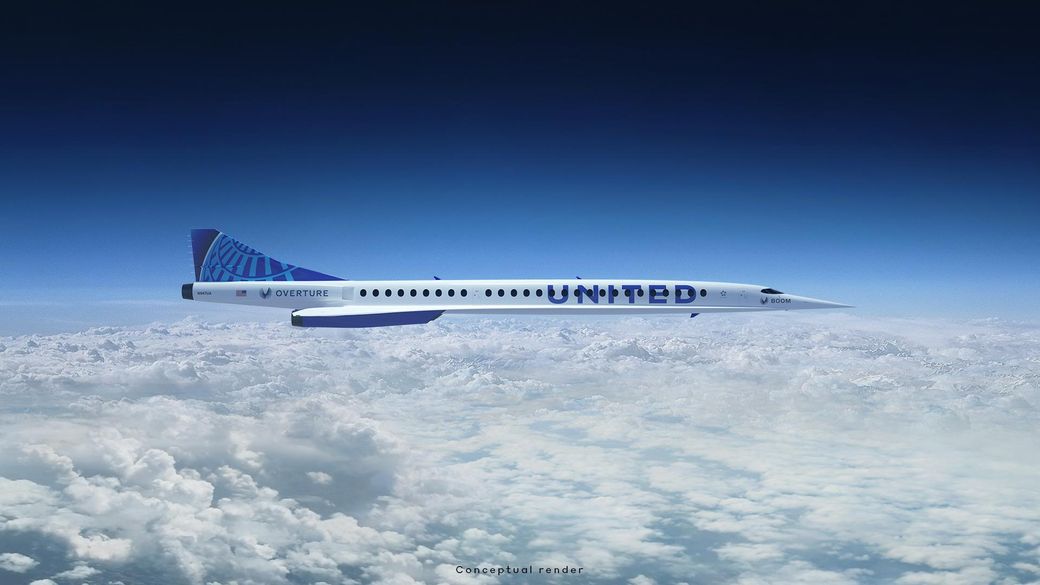 United Airlines, one of the largest carriers in the world, has just signed a deal with Boom Supersonic, a new startup that’s hoping to create the world’s next supersonic aircraft. We had originally reported on the jet’s concept designs last year, and despite the pandemic, interest in the jet seems to be growing, proving that Boom’s prototype plane, called the Overture, has a real shot at success.

According to the deal between United and Boom, the airline is spending $200 million per-jet and has a firm order placed for 15, with an option for an additional 35. United is set to be the launch carrier for the jet.

United’s global map creates the perfect fit for the Overture jet. While supersonic aircraft are banned from flying over almost every nation (due to the supersonic boom), they’re able to speed over oceans. With United’s coastal hubs like Newark and San Francisco, they’ll easily be able to avoid any legal hurdles if they place the jet on coastal routes such as New York to London and San Francisco to Tokyo.

However, United may not be the only company competing for the new jets. According to Bloomberg, Japan Air Lines and Virgin Atlantic are also eyeing potential orders.

Much like the ill-fated Concorde, the Overture will have a very limited number of seats (currently for just 88 people) compared to other transoceanic aircraft like the Boeing 777, which can seat over 300 people, and the Airbus A380 which can seat over 500 (Emirates even has an almost-completely economy A380 that seats over 600 people).

The limited seating capacity means the seats will sell for top dollar, so both United and Boom are hoping that business travel returns after the era of Zoom calls and remote meetings.

The jets are expected to go through years of testing and certifications, with United hoping to fly commercials passengers in the Overture by 2029.

New App Lets You Book Hotels by the Hour

Travel is About to Boom and Prices Could Skyrocket