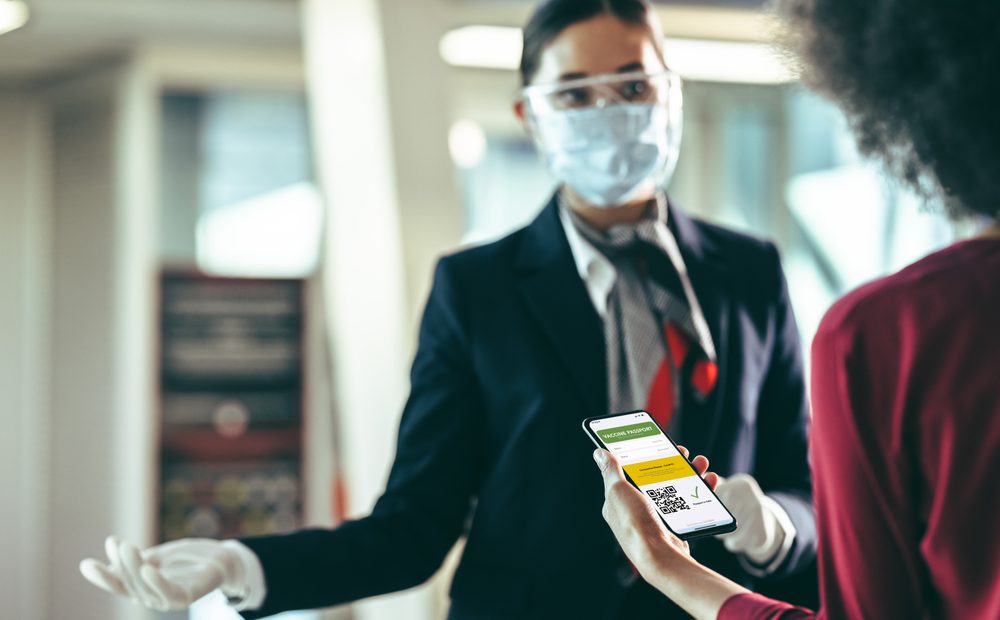 As the new Omicron variant continues to spread at lightning speed (the US reported almost 190,000 COVID cases on December 28th alone) it’s time to demand proof of vaccination in order to fly.

The government’s first duty is to keep America safe. By not mandating vaccinations, COVID is able to continue spreading, enabling the pandemic to continue, disrupting everyone’s lives, and forcing many to grapple with the suffering and pain of losing loved ones to the virus. To date, the country has reported over 815,000 deaths in just under two years.

The main importance of requiring vaccinations to fly is because planes both hold lots of people and can go far distances in short amounts of time. The original variant made its way from China across the glove via airplanes. Delta spread from India and Omicron from South Africa via the same mode of transport.

Dr. Anthony Fauci, America’s top infectious disease expert, has also now come forward recommending vaccine mandates for air travel. According to US News, Fauci stated on MSNBC that, “When you make vaccination a requirement, that’s another incentive to get more people vaccinated. If you want to do that with domestic flights, I think that’s something that seriously should be considered.”

Canada already has a vaccine mandate for air travel. According to the CBC, the nation enacted its vaccine mandate on November 30th for anyone boarding a plane or train within Canada, or anyone entering the country. Because of their vaccine mandate, they’ve also been able to avoid forcing visitors to quarantine.

However, Canada is a much more progressive nation than the United States and it doesn’t have a prior government that weaponized COVID as a political tool. Also, according to Reuters, 78.1% of Canadians are fully vaccinated and a whopping 84.2% have at least one dose. This is proof that the Canadian populous is much more informed and willing to help their fellow citizens than Americans (which is currently sitting at just 61.9% fully vaccinated.)

Another problem, as the US News article states, is that, due to such resistance to COVID protocols in America, Biden could face massive hurdles he decided to move forward with a mandate. The article states, “Two officials said Biden’s science advisers have yet to make a formal recommendation for such a requirement to the president. The officials, who spoke on condition of anonymity to discuss internal deliberations, said a vaccine mandate on planes could trigger a host of logistical and legal concerns.”

These issues would likely arise due to the number of politicians who are actively fighting vaccine mandates (and even mask mandates). Most notable is the Republican governor of Florida, Ron DeSantis. In fact, an investigation has been launched at the University of Florida, which claims it was pressured not to report on the reality of COVID and not to say things that incriminated DeSantis’ handling of the pandemic. Other politicians who are misleading the public about the dangers of COVID include Ted Cruz (who told Republicans that COVID was a scam in order to get Trump out of the White House) and, of course, the endless lies by Trump himself that he made all throughout 2020 before losing the election.

President Biden’s first attempt at a vaccine mandate, which was supposed to go into effect in November, never happened. It was reported that 40% of the TSA hadn’t even received one dose of a COVID vaccine. In order to not disturb the busy holiday travel season, the administration was forced to delay its vaccine mandate. Then, later in November, a court ruling blocked Biden’s vaccine mandate for all but 10 states, effectively shutting down the possibility of a nationwide mandate.

In theory, enforcing a vaccine mandate for air travel would keep Americans safer and would dramatically reduce how quickly new variants can spread across the country. However, such a move would come at a cost. Violence will surely escalate – as we’ve already seen in airplanes, airports, stores, and schools across the nation.

While it would be great to discuss would should happen, due to political factors, the Biden administration is unfortunately left with tackling what could happen. In a perfect world, vaccine mandates for air travel would be a no-brainer, but in current-day America it is a move that requires strategic planning and the preparation for intense backlash.

Currently, studies have shown that with the combination of airplanes’ HVAC filters and the use of masks on board, transmission while on airplanes has been relatively low, potentially being the reason why Biden hasn’t yet made a vaccine mandate for air travel. But with the new highly contagious Omicron variant, some studies are showing that transmission on airplanes is becoming more common. It’s possible that if Omicron proves to be as contagious as some studies state, the risk/benefit analysis of a vaccine mandate could change, forcing the administration to enact one, despite the potential political risks that come with it. Furthermore, with Fauci now saying that vaccine mandates on planes could encourage Americans to get vaccinated, it’s possible that the administration will reconsider the notion, hopefully creating a safer travel experience for everyone.

These Cities Have Indoor Vaccine Mandates