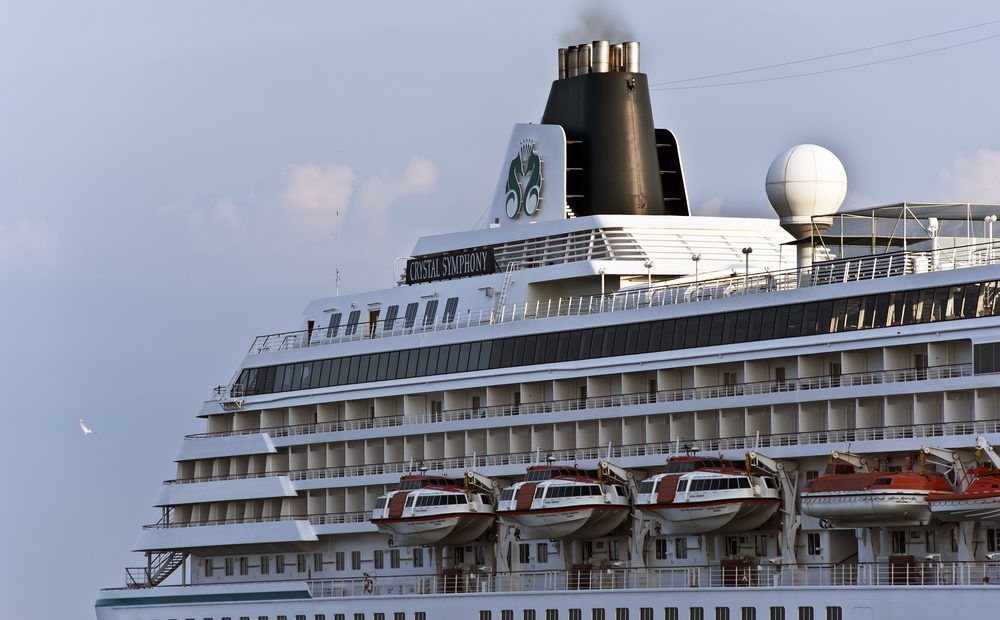 Crystal Cruises was once lauded for its excellent smaller-ship cruising experiences and riverboat journeys. However, it was reported last week that two of their ships had been seized in the Bahamas for unpaid bills that totaled $4.6 million. The passengers were ferried to shore and the ships sailed down to Freeport where they were later seized. This was the first sign that something was wrong in the company.

It was then revealed that the cruise line was shutting down for good. Even worse, crews were informed of this by video while on-board the ships. In a video posted to Twitter, a voice can be heard telling the crewmembers that the US offices were shuttered on Wednesday, February 9th and that all the employees has been terminated. The voice goes on to say that he doesn’t know what the future holds and that all the ships were being sold off.

The company is actually owned by the holding firm, Genting Hong Kong, but is headquartered in Bermuda. According to Bloomberg, Crystal announced it had lost $1.7 billion during the pandemic, and its parent company, Genting, has filed for bankruptcy. Earlier in the month, Crystal announced it was postponing all cruises until May and shutting down its call center in the meantime.

Travel Pulse interviewed travel agents about the shuttering, asking their opinions on the matter. Many said they feared for the passengers who are awaiting refunds or compensation. Though Crystal has claimed it will be giving refunds, their ability to do so is in question. One travel agent told the publication, “Guests need to understand that, at this point, no travel agent can intervene in deliberations in Bermuda that will determine what happens with Crystal’s assets. That is now in the hands of the equivalent of the bankruptcy court.”

Only time can tell what will happen as this will be a very long process. Not only is Crystal out of business, but its owner, Genting, is in massive debt and is currently in a restructuring scheme, meaning that they too have serious debts that need to be paid. Where Crystal passengers fall in the long line of debtors is unknown.

Are We Nearing the End of Pandemic Restrictions?