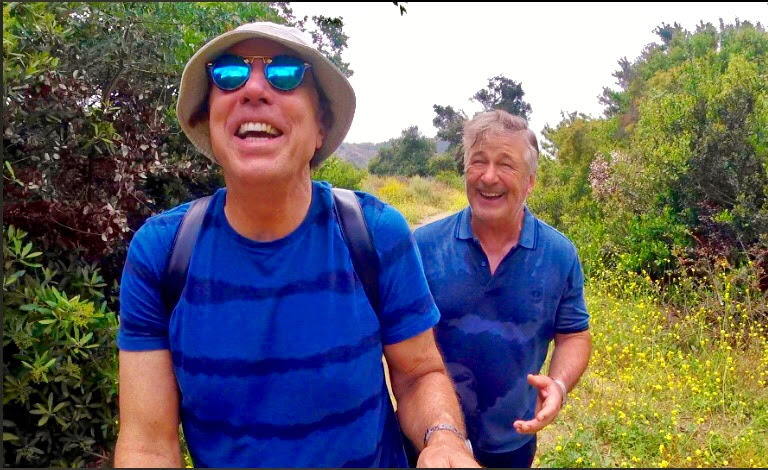 Actor and comedian, Kevin Nealon, best known for his long career on SNL and the popular Showtime hit Weeds, takes to America’s trails in the new season of Hiking with Kevin on YouTube.

In the web series, Kevin, joined by some of his closest celebrity friends, hike through various trails around the country. They chat, they laugh, and sometimes, they actually have some pretty meaningful moments. In past seasons, he and indie darling Jeff Goldblum got into a deep conversations about being older fathers and wondering how it will impact their young children; and Caitlyn Jenner reveals her anger in the way Donald Trump is treating the trans community.

There have also been some hilarious conversations too. In the episode with Hilary Swank, she and Kevin remember the time they sat next to each other on a flight and were talking so loudly that they actually got yelled at by the cabin crew.

In the first episode of the new season, which is online now, Kevin takes a hike with actor Alec Baldwin (who, yes, does do some Trump impressions) and chats about everything from having kids to the best divorce advice he ever got from Bruce Willis. Other stars in the new season will include Lisa Kudrow, Eddie Izzard, Tiffany Haddish, Connie Britton, and More!

New episodes released every Thursday at 11am PST!

Prince Harry Wants to Use Travel to Help the World