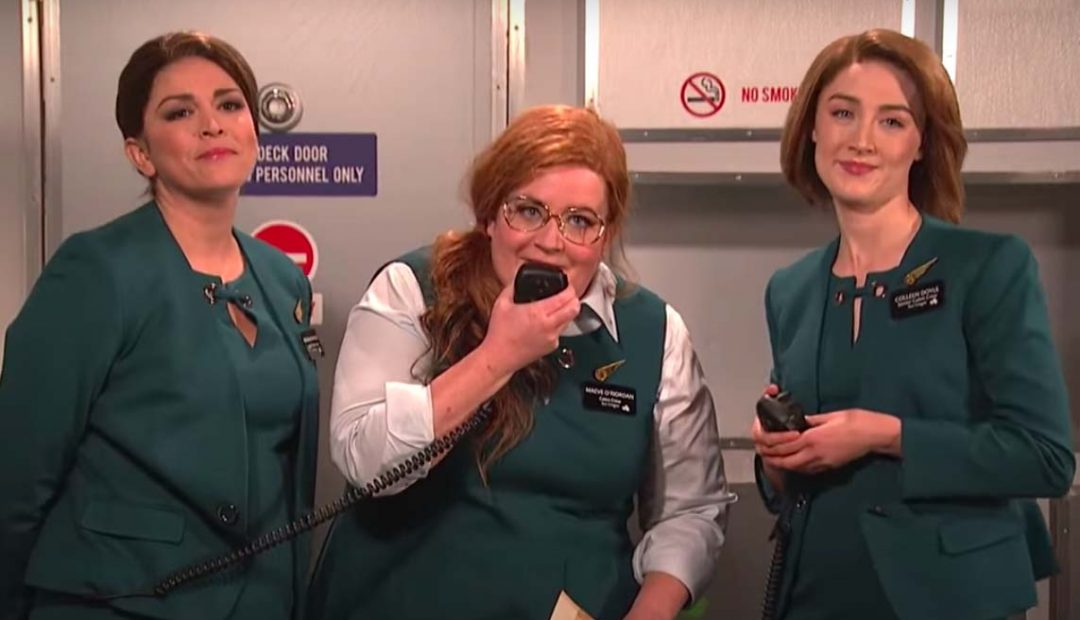 Saturday Night Live has become a global sensation. It’s been running for 46 seasons and has been on since 1975. Throughout the years the sketch show has created numerous memorable characters and performances, some of which have even been about travel.

With these sketches, the magic of travel can live on, even during the COVID pandemic when many of us can’t explore as much as we want to. From airplane satire to the worst hotel experience of all time, here are the 10 best sketches in SNL history that capture the nostalgia (and headaches) of travel perfectly!

Traveling home for the holidays is always a bit of a double-edged sword. While it’s great to see friends and family…sometimes your friends and family can drive you crazy. This sketch perfectly captures what it’s like to travel back to your hometown after being away.

have you ever had a hotel experience from hell? We’ve all been there. And there’s no better way to commiserate about it than laughing at the expense of another traveler. This sketch will be all too relatable to everyone who has ever stepped foot into a hotel.

SNL made use of their Irish host, actress Saoirse Ronan, to mock the nation’s flag-carrying airline, Aer Lingus. The sketch is absurd and ridiculous, but gave many of the SNL cast members a chance to try out their Irish accents. The results are hilarious.

Have you ever met those pompous and ignorant travelers who are convinced they know a destination simply because they spent a weekend there? Well, then prepare yourself to roll on the floor laughing at this SNL sketch about a couple who have just returned from visiting New Orleans…or, “Nah-lins” as they say…

We’ve all seen the videos about the Southwest flight attendants who like to spice up the flying experience by incorporating humor and wit into their greetings and safety demonstrations. However, in this sketch, Will Ferrell stars as a traumatized flight attendant who no longer wants to make his passengers laugh, but instead tell them “the truth”.

In this classic SNL sketch, the show mocked how notoriously unfriendly US airlines are to their passengers. Luckily for travelers, the post-recession travel industry over the last decade has seemed to realize they could only push flyers so far… And some airlines have started bringing back amenities that were once thought to be long gone, such as creating the Premium Economy cabin. However, there’s no denying that this sketch introduced the world to the catchphrase, “Buh-bye!”

SNL has always been critical of Donald Trump, and in this hilarious sketch, they mock the horribly racist and cruel immigration travel policies that the Trump administration put into place. As they say, dissent is always a great form of protest.

Virgin is always known as one of the most exciting airlines to fly. They’re seen as sleek, modern, and at the forefront of the industry. SNL made fun of the Virgin reputation in this Season 40 sketch by portraying the airline launching new automated flight attendants. The only problem is that the robotic attendants might still have a few kinks in their systems…

The Whiners were popular SNL characters used in many sketches, but none were as good as when they were put on an airplane. What made the sketch so funny is that every single flight has at least one whiner on it – Those people where everything seems to be going wrong. Where they’re always uncomfrtoanle. Where something is constantly not good enough. And in general…you’re always stuck sitting next to them!

1.) The Worst Lady on an Airplane

The absolute best SNL travel sketch has to be when The Worst Lady on an Airplane stopped by Weekend Update to share some of her holiday travel tips. She is seriously the worst lady on an airplane. She’s also someone that every traveler has surely seen numerous times. Castmember Aidy Bryant perfectly captures the absolute. worst. flyer. ever!

You can watch Saturday Night Live on NBC, or stream anytime on the network’s new streaming platform Peacock.