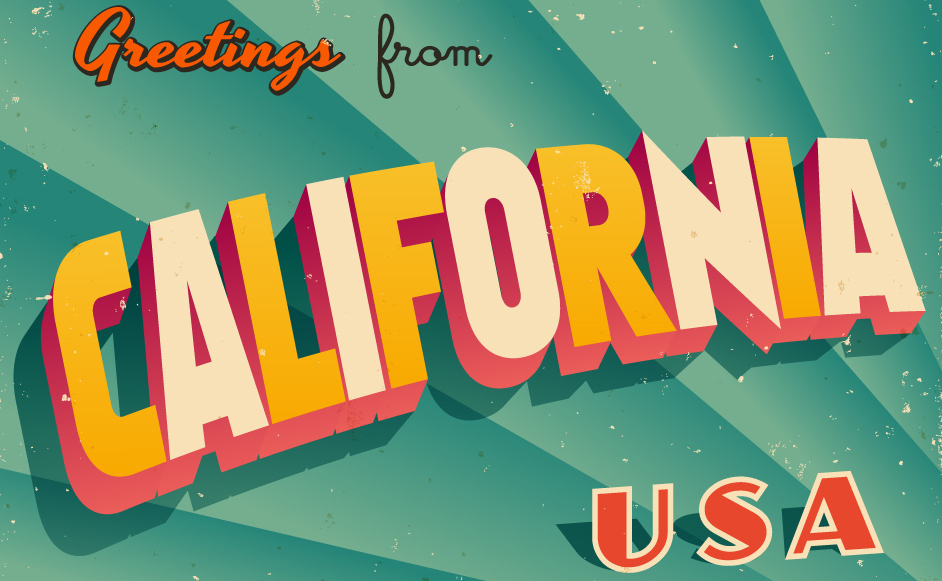 Every state is known for having some weird and obtuse laws. For example, in Ohio, it’s illegal to fish for whales on Sunday. In Utah, residents are not permitted to modify the weather. And in Florida, it’s illegal for women to fall asleep under a hairdryer at salons. But no state has as many odd and absurd laws as the great state of California. The San Diego-based lawfirm, Sevens Legal has even started compiling a list. Here are some of the weirdest laws in The Golden State…

In Carmel, it’s illegal for a man to wear a jacket and pants that do not match.

Carmel is known for its wealthy neighborhoods, posh country clubs, and gorgeous seaside views. The archaic law was clearly designed to force all citizens to abide by a proper dress code to keep the city looking on-brand.

This law, while sounding ridiculous today, actually has a historical meaning behind it. Back in June of 1943, a series of violent confrontations happened between servicemen and young Latino men who wore zoot suits. Fabric was rationed during the war, so servicemen considered anyone who wore zoot suits (which required a lot of fabric) as unpatriotic. However, the fact that only non-white men were being attacked lends proof that the issue was more about race than fabric.

Prostitutes in San Francisco are not obliged to make change for bills larger than a $50.

This law likely has its origins back in San Francisco’s early years, when it was a mining outpost. Brothels used to be commonplace because in the mid-1800s ,during the gold rush, men outnumbered women in the city by 70-1. This meant that prostitution was a huge and lucrative business. It’s also important to note that back then, $50 was a lot more money than it is today. It would be like walking into a store these days and asking the cashier to break a thousand dollar bill.

Between 4 P.M. and 6 P.M., it is illegal to walk a camel down Palm Canyon Drive in Palm Springs.

How this law came to be is truly baffling. Camels aren’t native to California, or any part of the Americas for that matter. One can only imagine that this law has to do with some very eccentric, wealthy person who bought a camel and pissed off the entire town enough for them to make a law about it. Another possible answer could be the film industry. Palm Springs is regularly used for filming, so it’s possible that camels were brought for a film shoot and then held up traffic everywhere the went.

In Chico, it’s illegal to bowl on the sidewalk.

…What? And huh? Who was doing this, and how many people did they injuer in the process? Surely someone was hurt, otherwise the law wouldn’t have been created. If you live in Chico, you’ll unfortunately just have to head to your local bowling alley.

In Fresno, you can’t hold a private game of BINGO and you can’t play BINGO while drunk.

The only explanation for these laws is that some politician got drunk one night while playing BINGO with his friends, and then lost a lot of money. But old ladies, have no fear. According to the law, churches and other nonprofits are authorized to put on BINGO games, but only if they request a permit first.

You can’t whistle for your lost canary before 7 A.M. in Berkeley.

Bay Area bird owners, heed this warning! Keep your cages securely locked at night, otherwise you could end up breaking the law when you go searching for your lost bird in the early morning. This is, once again, one of those laws that was created because some neighbor pissed off everyone around them. Why else would the law be so specific? Technically, I suppose it’s legal to whistle for your lost parrot, or cockatoo. Just make sure to never whistle for a canary, at least before 7 A.M.!

In San Diego, you can’t shoot rabbits from the back of your car.

This law poses quite a few questions, such as what if I’m shooting from the side, or front of my car? it also poses the question of what was San Diego like 70, or 80 years ago? For anyone who thinks this law is crazy, take a look at this interview from the San Diego Reader in 1994, interviewing a then 74-year-old resident about San Diego’s “good ole days”:

“We had an early-’20s Dodge convertible, nothing on the sides. When it rained you really got wet. It had regular fenders, not like the cars today. My sister, she was the oldest, she’d drive. We’d go right down Sixth Avenue, get to where Mercy Hospital is now, stop the car, load our guns, I’d get on one fender, my brother’d get on the other fender, and we’d go right down that dirt road to the bottom of the valley. In the bottom there was a dirt track that ran along the river, but we’d cross it, cross the river on a real crude wooden bridge and go up to where Sharp’s Hospital is now. By then we’d have all the rabbits we needed. We’d turn around, maybe pick up a few more on the way back. We’d come home with anywhere from 20 to 50 rabbits. Not really hunting, just shoot them from off the fenders, stop and pick ’em up. We’d come home and be skinning rabbits until hell wouldn’t have it! Rabbits, that was all the meat we had in the house. There was no season, no limit, we ate rabbit all year long.”

Cruising Could Resume in July. What You Need to Know