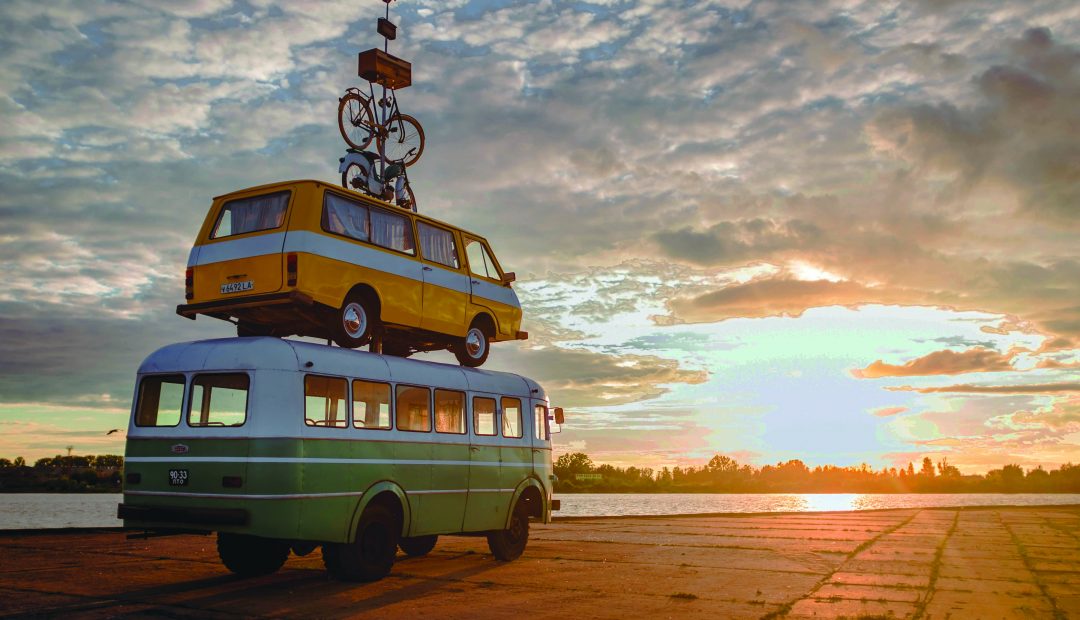 Everyone wants to be a little greener. And the small decisions we make can have big impacts on the world around us. One of the biggest contributors to air pollution is transportation. In fact, the EPA states that about 29% of greenhouse gasses come from transport alone. If you’re looking to lower your carbon footprint, here are the most common forms of transportation, ranked by how eco-friendly they are.

Driving a car by yourself is extremely pollutive. Sadly, in many parts of the world, cities were designed around the automobile (Los Angeles being a prime example), and so living there without a car can be difficult. Luckily, within the last five years, there has been a real push to revitalize the urban cores of cities and many new light rail networks have been created.

The bus becomes a vast improvement from driving alone, but they still require lots of fuel and all the other logistics of an automobile, like needing oil, using rubber tires that wear out, and the need for streets that are paved using asphalt.

That’s right, airplanes are actually better for the environment than cars and city busses. Why? Because airplanes carry so many people. Think of it this way, does an airplane create a lot of exhaust? Yes. But a Delta Boeing 767-300 flying from New York to Los Angeles can carry 226 people. Now, imagine 226 people all decide to drive to LA in separate cars. That’s 226 automobiles burning gasoline for almost 3,000 miles.

Carpooling doubles your miles-per-gallon per-passenger. So say your car gets 30mpg (which is being very generous, considering the average is around only 24 mpg), with a passenger in the car, you’re now getting around 60mpg per-passenger.

Ah, now we’re getting somewhere! Light rail. Clean, electric, and runs on rails not roads. They’re quiet, they’re swift, they’re cool looking. here’s only one problem. In many cities, light rails run on street level along with cars. That means a lot of stop-and-go (which requires extra energy thanks to Newton’s First Law) and there’s also a lot of idling that consumes energy as the railcar just sits there not moving.

Now we’re cookin’ with gas! Actually, heavy rails are almost always electric, which is great for the environment. Heavy rail lines are generally known as subways or metros. There are a few differences between them and light rails. The first being that heavy rail has its own dedicated tracks. No sitting in traffic, no waiting at red lights. It’s just go, go, go. Also, heavy rail tends to get its electricity from an electrified 3rd rail beneath, whereas light rail tends to use an overhead cable. The 3rd rail allows the heavy rail line to harness more powerful voltage, which is needed since subways and metro lines have a lot of more cars than a light rail does. The downside of heavy rail is that they are only feasible in big cities with large populations, making them inaccessible to many people around the world.

One mode of transport that’s accessible to almost everyone is the good ol’ bicycle. (And hell, why not throw in the trusty unicycle and tricycle when were at it?) Bikes are great because they’re so versatile. Ride them down a sidewalk, a street, a bike lane, or even take them off-roading through various types of terrain. If you gotta’ get somewhere, the bike can help. The downside? If you have a 10 mile commute through city streets, riding a bike can be both time consuming and sometimes dangerous. Bikes offer no protection from the elements, and if you happen to have an “interaction” with an automobile you’re going to be the one who gets injured. Also, bikes are equipment and require natural resources to create.  But aside from those things, bikes are very green, and if every city in America created dedicated bike lanes, we could greatly reduce our carbon footprint.

Not only is walking great for your health, but it’s great for the environment too! Technically speaking, the only waste created from walking is the energy and materials it took to make your shoes…but, hypothetically, if you were to go to a nude beach and walk around completely naked, you’d be having an absolutely zero-waste experience. There’s also great options for reducing the carbon impact of your shoes. Buy some funky used shoes from a thrift shop, that way you can give something that was already made a second life, or invest in a cool pair of sustainably-made shoes like these from Saola. You can even help others by buying from companies like Tom’s which has a One-For-One policy. You buy a pair, and another is donated to a child in need.

For more in-depth information on sustainable transport, check out this study and also be sure to keep up with the EPA’s page on emissions from transport.

Epic Bridges Around the World

Read This: Australia is on Fire and Needs Your Help