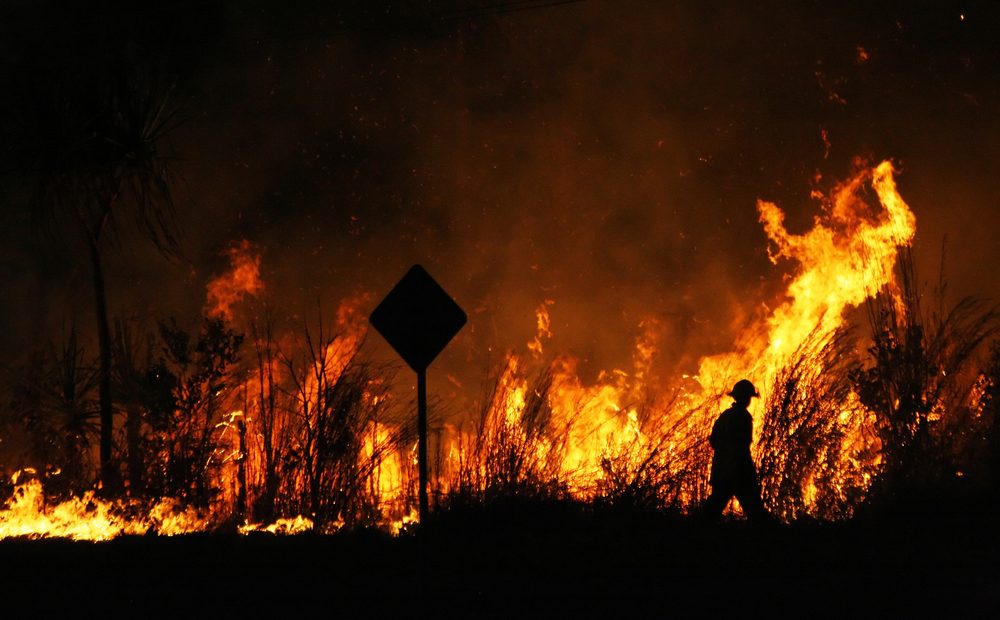 Australia is currently experiencing the worst fires in the nation’s history. A land area about the size of the entire state of Maryland is on fire. A huge part of the east coast of the country, home to a majority of Australia’s plant and animal life, is being devastated by fires.

We want to express our deep gratitude to the people in Australia who are fighting these devastating bushfires Our hearts are with everyone impacted especially those who have lost homes businesses and loved ones This is an immense tragedy for our home country #AustraliaBushfires pic.twitter.com/xcsPWSpDeS

The koala population is plummeting and is expected to be on the brink of extinction once the fires are over. Kangaroos are also dying in droves, as smoke from the fire suffocates them. Australia’s east coast also holds 80% of the country’s population. Cities like Melbourne, Sydney, Canberra, and Adelaide are covered in thick clouds of smoke and ash, and the fires are causing temperatures to skyrocket, with many cities seeing temperatures in the 90s and 100s. Canberra even had its hottest day in recorded history last week, reaching 44C (111.2F).

NPR has reported that, to date, 25 people have died in the fires, while Esquire reports that over 480 million animals have been killed. But the current death toll isn’t the only danger of the fire. The spreading smoke (which is so prolific, it’s being seen from space) is polluting the air and making it difficult for Australians to breathe. The AQI (air quality index) is a ranking of how healthy a city’s air quality is. Good is a range of 0-50, moderate is 51-100, and anything above that is seen as dangerous. Beijing, one of the planet’s most notoriously polluted cities, gets AQI scores reaching 170. A few days ago, Canberra, Australia’s capital, had an AQI of 340.

And in all the chaos, Australia’s Prime Minister decided to take a holiday to Hawaii and abandon his nation. Scott Morrison, who won the election for the Liberal Party (which, again, is semantics. Australia’s Liberal Party is equivalent to Republicans in the US) headed for Hawaii during the height of the fires, leading many people to question his leadership skills.

Upon his return, he received widespread criticism. While visiting a small town ravaged by the fires, he was met with some colorful language. Then, in another instance, he literally forced a handshake with a resident who explicitly didn’t want to touch him. Making matters even worse, Morrison was refusing to pay people who were helping to put out the fires, even though the economy and livelihood of the entire country depend on it. After intense criticism, he finally agreed to provide a small amount of compensation.

Throughout the madness of fires, Morrison’s government refused to listen to professionals about the potential for a catastrophic fire, called environmentalists “inner-city raving lunatics,” and dismissed a global report ranking Australian as the worst of 57 countries in climate tactics, calling the report, “not credible.” For a full timeline Australia’s disastrous fire and Morrison’s government, click here.

The Guardian has put together a comprehensive listing of how you can help combat Australia’s fires. They have tons of resources for donating, holding a fundraiser, and even getting involved by volunteering,

What You Need to Know About Transportation and the Environment