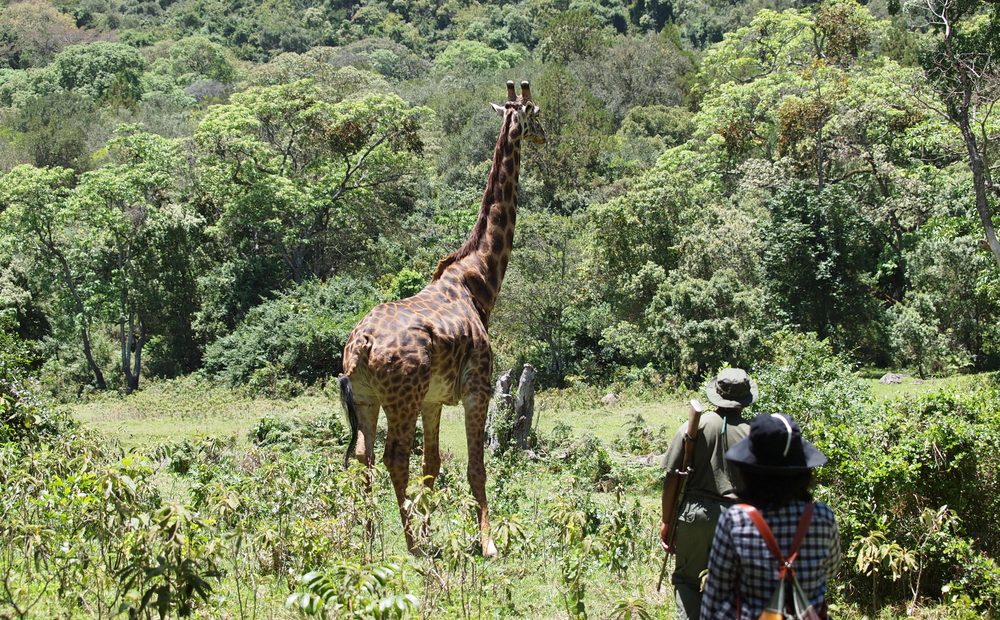 Now, more than ever, travelers are actively seeking to re-enter the world as better, more conscious adventurers. They’re looking for true moments of authenticity, while also hoping to limit the amount of damage they’re doing to the environment around them. In this new movement of sustainable tourism and regenerative tourism, many people have become interested in the idea of taking a walking safari to get a more intimate, less intrusive experience with wildlife. So, what is a walking safari and why are they better?

What is a walking safari?

A walking safari is exactly what it sounds like, it’s a safari on foot. And while the concept may seem initially scary, walking safaris are actually quite safe. The most important thing is to follow the rules. You’re out in the wild, surrounded by animals. The trained guides know what they’re doing, and the few accidents that have happened over the last decade tend to be from tourists who aren’t obeying their guides.

The premise of a walking tour is to go slower but see more. In a driving safari, you’re somewhat removed from the environment. You’re safely nestled away in the jeep watching the world as a spectator. On a walking safari, every step matters. Everything around you becomes part of the experience. Many people even say that observing the plants and landscape becomes just as much of a learning experience as seeing the animals.

Why are walking safaris better?

Walking safaris are without a doubt better for both the animals and the environment. Safari jeeps are gas-guzzlers, meaning you’re taking up lots of fuel and releasing lots of CO2 when you’re out for a full-day safari. Furthermore, the jeeps are loud and intrusive to the ecosystem. They bother animals and can even disrupt their territory and hunting paths.

Furthermore, those who take walking safaris say the experience is much more absorbing and thrilling than driving safaris. For safety reasons, once you’re in the jeep for the safari…you’re kind of stuck in it for the day. Travelers have reported that walking safaris have created a new feeling of freedom and even responsibility. It’s become a wonderful way to bridge the gap between being an active participant and merely an observer.

For more info on walking safaris, check out some of the industry’s largest safari operators, like Timbuktu, Robin Pope, and Discover Africa.