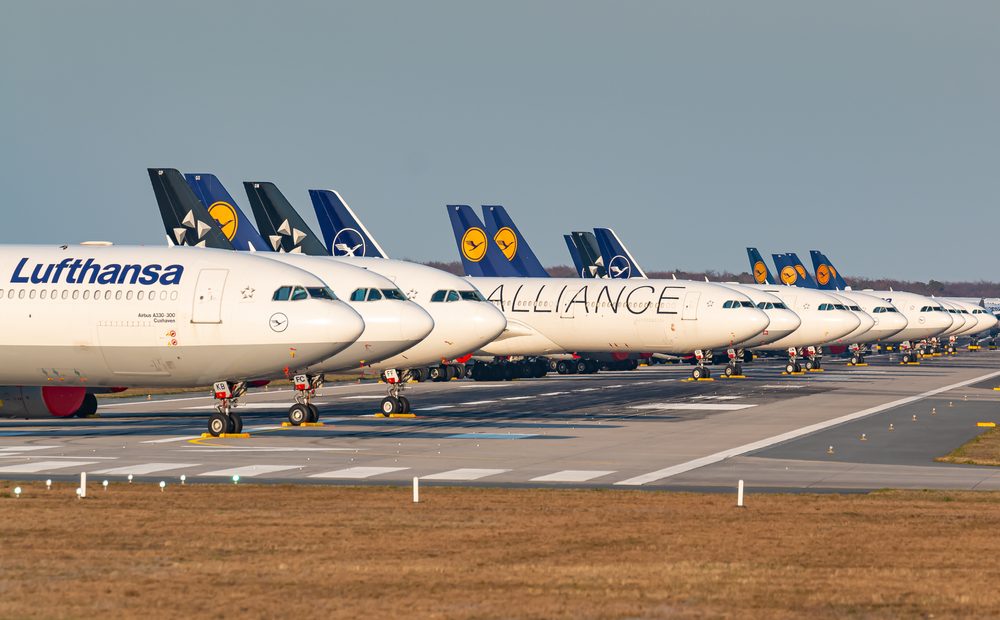 Earlier this month, Lufthansa set the internet ablaze after announcing that it would have to fly around 18,000 “ghost flights” this winter in order to comply with Europe’s “use it or lose it” airport rule, which basically states that if an airline doesn’t use its gate slots at competitive airports, they will lose them.

In order to keep their spots, airlines sometimes fly what are called “ghost flights”, meaning planes that are either empty or nearly empty, simply to ensure they keep their gate slots.

The EU, however, doesn’t share Lufthansa’s concerns. According to Bloomberg, European Commission spokesman Stefan De Keersmaecker told reporters that, in non-pandemic times, airlines are required to show up for 80% of their slot times. However, due to COVID, the EU is currently only mandating that planes show up 50% of the time. De Keersmaecker said that these numbers were “very reasonable,” and that it “cannot be argued that the EU rules oblige the airline to fly.”

European discount carrier Ryanair also took swipes at Lufthansa, with CEO Michael O’Leary stating, “The solution to Lufthansa’s “ghost flights” problem is a simple one – just sell these seats to consumers… Lufthansa loves crying crocodile tears about the environment when doing everything possible to protect its slots. Slots are the way it blocks competition and limits choice at big hub airports like Frankfurt, Brussels Zaventem, Vienna, among others…”

These comments are somewhat unfair, however. Ryanair is a discount carrier that doesn’t offer things that Lufthansa does, such as inflight entertainment. Discount carriers also have hidden fees, like bringing on a carry-on bag, that legacy carriers don’t, which end up bringing up the ticket price. Furthermore, low-cost carriers often have the worst customer service records, due to their lack of amenities and hidden fees, so telling a well-respected airline to act more like one of the world’s most-hated is hypercritical at best.

POLITICO also revealed that EU Transport Commissioner Adina Vălean has called out Lufthansa as well, saying that in early January the airline was filling 60% of its slot times, which is above the required 50% minimum.

However, this is a bit of a disingenuous remark as well, seeing that early January is still seeing many holiday travelers flying home, making it one of the busiest periods for airlines all winter long. The likelihood that Lufthansa will carry the same load in February as it did in the days following Christmas and New Year is highly unlikely.

The EU surely is in a climate emergency mode…https://t.co/eHLFrd06y0

Furthermore, this brings up a broad problem: ghost flights. These are nothing new, and they happen not just in Europe, but in North America too. They were around before the pandemic, and they’re extremely pollutive. Growing up, I loved watching Living with Ed, which was a reality show that documented Ed Begley Jr.’s eco-friendly home and life (for those who don’t know, he’s a huge environmentalist). I always remember one episode where he said something along the lines of, “I never fly. Most people don’t know this but jet fuel is basically refined kerosene burned at high-altitude, making it extremely pollutive.”

That’s why you’ll see talks of “carbon credits” and many activists demanding the increased use of SAF (sustainable aviation fuel). Unfortunately, despite how wonderful flying is, and how much travel can broaden a person’s mind and make them more compassionate towards others…flying is simply really pollutive.

Any ghost flight is a wasted flight. With the state of our planet, we don’t have the luxury of spewing tons of CO2 into the air simply because it helps airport economics. This practice needs to change because it’s wasteful and harmful. We need to stop putting the economy before the planet and human livelihood. To enact change, contact your government officials and demand new rules. With each passing year, our weather becomes more erratic, costing billions and hurting countless lives. The normalization of flying empty planes needs to stop. Our planet depends on it.

Stay with Preferred Hotels and They’ll Plant a Tree!