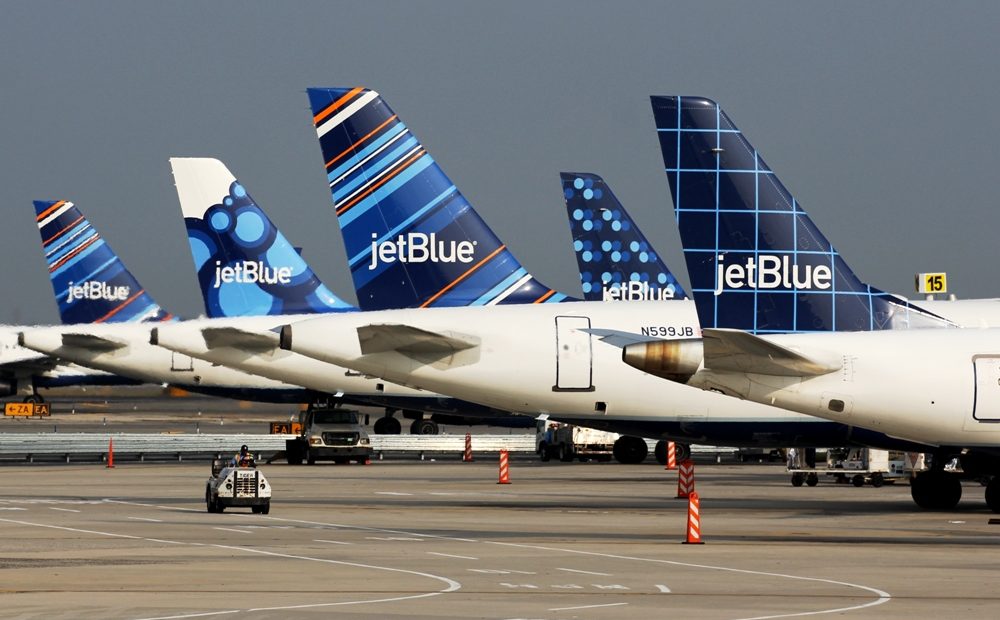 Last week, JetBlue announced some shocking statistics, putting itself in the position to be America’s most eco-friendly airline. The company is set to ramp up its environmental policies through three areas: Carbon offsetting, sustainable fuel, and corporate commitments to sustainability.

JetBlue has been using carbon-offset programs since 2008. In carbon-offsetting, you donate money to environmental nonprofits to make up for the carbon being emitted by your travels. Some donate “per mile traveled” or “per gallon of fuel used” or even “per ticket price.”

It works like this: Someone would donate a certain amount of money to a carbon-offset company to make up for their carbon footprint. That carbon-offset company then donates your money in the form of grants to nonprofits around the world that work on things like installing solar panels and wind turbines or planting trees. JetBlue will be working with the Carbon Fund, South Pole, and EcoAct to go completely carbon neutral on all domestic flights. JetBlue is expecting to offset between 15-17 billion pounds of CO2 every year.

JetBlue is also committing to the use of sustainable aviation fuel (SAF) for flights departing out of San Fransisco. While this may scare some people who don’t understand sustainable fuel, there’s nothing to worry about. SAF works fine in modern jet engines, and also, I have news for you… SAF is already being used on certain flights and you just don’t know it. SAF has been in use at certain airports since 2016. They’re made from a variety of sources like biomass, animal fat, and recycled oils. Sustainable fuel is blended with traditional fuel, meaning less crude oil needs to be used. JetBlue is following other airlines like SWISS who have also pledged to use SAF. JetBlue is set to implement the new fuel mid-year.

On top of the carbon offset program and the sustainable fuel, JetBlue will continue to upgrade their fleet to newer aircraft with better fuel economy (shifting their fleet to the newer A321neo and A220). They will also worked to ensure better aircraft control methods. This includes, helping to reduce the number of flights forced to circle an airport waiting to land, thus reducing the amount of fuel needed. They even partnered with up-and-coming companies like ClimaCell, which aims to better predict weather patterns. Better weather detection means less time idling on a runway, or, if flights need to be canceled, fewer people who end up making a useless trip to the airport.

What Can You Do to Help Puerto Rico? Book a Trip Now!

The Best Observation Decks Around the World