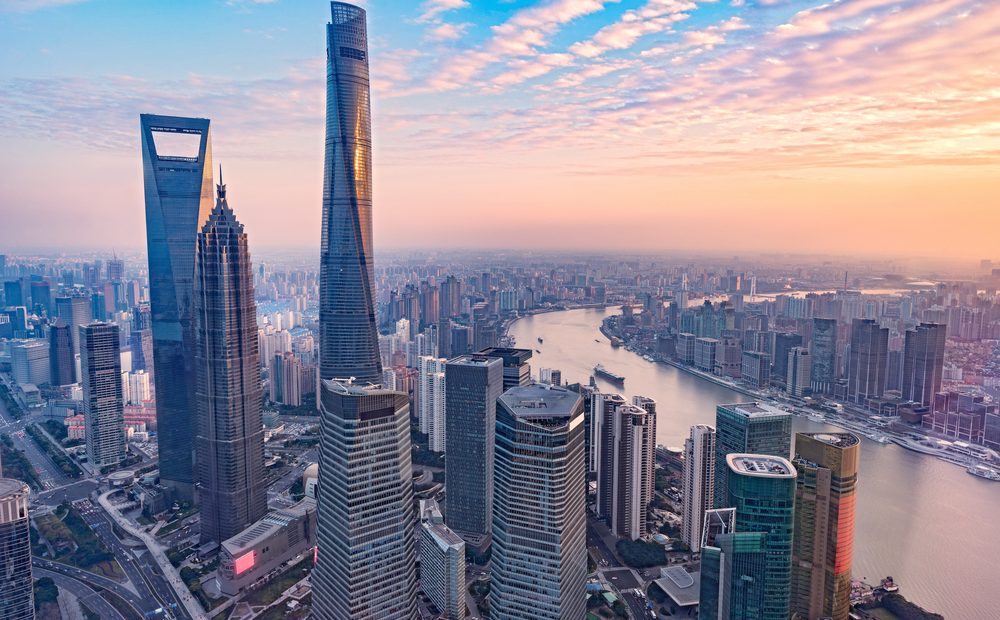 There’s nothing better than having a prime vantage point from which to observe a destination. And there’s no better way to get one than to head to an observation deck. Whether you’re standing over 100 stories above the ground, or even underwater, these are some of the best observation decks around the world.

Toronto’s CN Tower was the tallest structure in the world until 2007 when the Burj Khalifa opened in Dubai. Toronto’s 70-story skyscrapers even looked dwarfed when next to the massive spire. Like many other observation towers, the spire itself is used to transmit radio and TV signals, but at 1,150ft sits 360, the tower’s restaurant, which is dedicated to using local Canadian ingredients. You can also visit the observation deck complete with glass floors, and if you’re feeling really brave, go upstairs to 1,465 ft and visit the Sky Pod, with curbed glass windows, giving you views all the way to Niagara Falls! Oh, and don’t forget the edge walk, where you can walk outside, around the rim of the structure!

Sears Tower… I mean (cough, cough) Willis Tower, in Chicago was the world’s tallest building for almost 25 years. To this day it’s still considered an architectural landmark and a modern marvel. The building is a total workhouse, housing the headwaters for United Airlines, transmitting TV and radio waves, and also offering one hell of an observation deck. One thing that really sets the Willis Tower’s observation deck apart from others (aside from the fact that the lookout is on the 103rd floor) is that Willis Tower has The Ledge. These are glass boxes that you can actually walk out into, dangling you over the skyline of the Second City. It’s the perfect first date for anyone with acrophobia!

There just isn’t quite anything like Malaysia and Kuala Lumpur. This massive, sprawling metropolis was built in the middle of a rainforest near the Strait of Malacca, which runs between the Malay peninsula and the island of Sumatra.

At the base of towers is the massive Suria KLCC mall, and on the 86th floor sits the observation deck. The view is unparalleled. Giant modern skyscrapers, historical Malaysian and Arabic-infused buildings, and lush green mountains in the distance. It’s truly a once in a lifetime view.

Shanghai has lots of observation decks. In fact, you can see three in the photo above. But if you want the ultimate view, and the “new China” experience, you must visit the Shanghai Tower, now the tallest building in the entire country. Standing at over 2,000 feet tall, the Shanghai Tower boasts the world’s highest observation deck, being located on the 86th floor. The building is so tall that the elevators have to move at 46 mph just to get visitors to the top without taking forever. But don’t let your visit end there. The Shanghai Tower has as absolutely stunning, gorgeous, and mind-blowing damper that needs to be seen to be believed.

Why should you make your way to the top of the Sydney Tower to visit the observation deck? Because it’s in Sydney, duh. Get great views of the iconic Sydney Harbour Bridge, the opera house, the sailboats in the harbor, swaying palm trees, and the Pacific Ocean.

If you need another reason to visit, the tower sits atop the Westfield mall so you can shop at your leisure. Sydney Tower also has a restaurant named 360 (a very common observation deck restaurant name), which serves modern Australian cuisine with a European touch. They also have the Sydney Tower Buffet, the tower’s revolving restaurant. But the coolest thing the tower offers may be The Weather Promise. If you happen to visit on a day with bad weather, they will let you come back another time!

Who said an observation deck had to be really tall? The Panama Canal completely changed the world. It offered an easier and quicker way for boats to connect through to the Pacific and Atlantic oceans.

The canal single-handedly influenced where ships could go, how large most freighters were made, and the route they would take. Now, at the Panama Canal Museum and Observation Deck, you can watch the enormous freighters making their way through the locks from one ocean to another,

The museum has a covered observation patio as well as terraces you can walk out on. After watching the ships, stroll through one of the museum’s various exhibits or grab a bite at their restaurant.

On the island of Kyushu in Japan, sits the seaside city of Saga. Jutting off the coast is the Genkai Underwater Observation Tower. You make your way along the pier and enter the tower. But rather than go up, this tower is taking you down…underwater. At the bottom, you’re able to watch the sea life all around you. It’s a great way to view life in the oceans without disturbing the habitat or hurting coral reefs with the harmful chemicals in sunscreen.

How could we do a list of observation decks without the Eiffel tower? When it first opened in 1889 at the World’s Fair in Paris, many people found the tower to be hideous. In fact, during the tower’s construction, many prominent artists of the time came together and literally protested the monument. A petition titled, “Artists Against the Eiffel Tower” was even sent to France’s Minister of Works.  But soon after, it became a staple known around the world and was envied by future World’s Fairs, including Chicago’s infamous World’s Columbian Exposition. After Paris, the World’s Fairs were all desperate to create something as iconic and powerful as Paris’ Eiffel Tower to attract visitors. The Columbian Exposition’s big attraction ended up being the invention of the ferris wheel.

Millions of visitors each year make their way to the top of the iron tower to gaze out over what many consider to be the most romantic city in the world.

The Los Angeles skyline is pure magic. It isn’t the largest skyline in America, nor are the buildings that special architecturally, but it offers unique views of snow-covered mountains in the background, swaying palm trees in the foreground, and massive 15-lane highways snaking their way through the buildings…It’s completely unreal. Which is a great way to describe not only the skyline, but the entire city of LA. Also, there’s the glass skyslide the US Bank Tower recently installed that rims the side of the 70th floor. Yes, it’s cheesy and ridiculous, but isn’t that why so many people love LA?

Is JetBlue America’s Most Eco-Friendly Airline?

7 Wonderful Places to See Cherry Blossoms Around the World