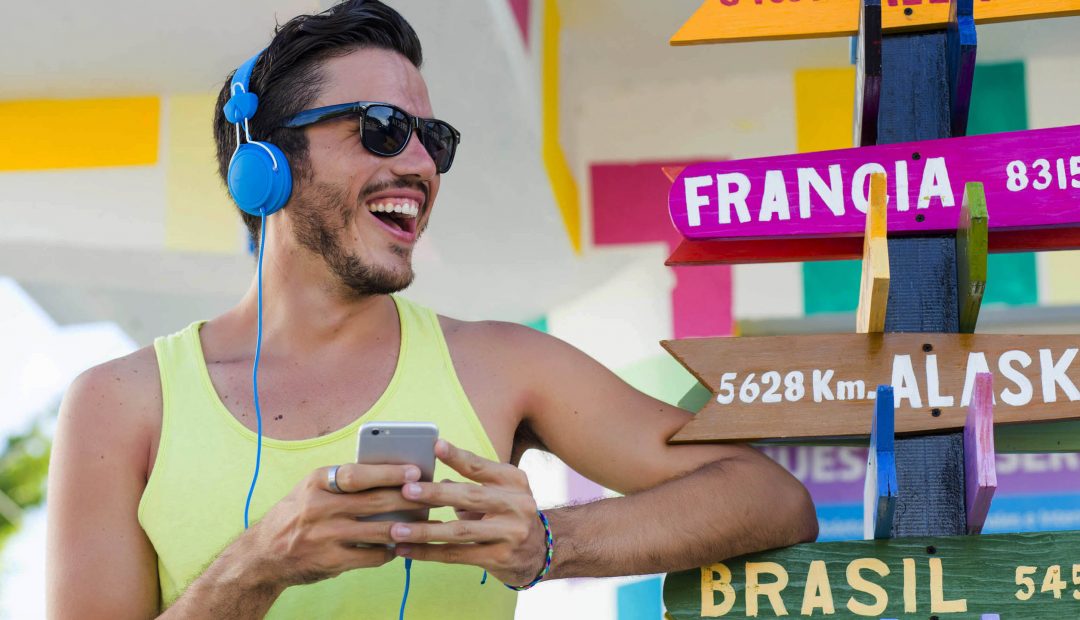 Travel is magical. It’s transformative, eye-opening, thrilling, but also has moments of turmoil, sadness, and fear. We’ve gathered nine songs that fully encompass all that travel is, in all of it’s whirlwind emotion, daring adventure, and awe-inspiring beauty. Here are nine songs to get you in the mood to travel.

Come Away With Me

Not only is “Come Away With Me” about travel but it sounds like a classy piano lounge in Manhattan; or even like the embrace of a couple who has just been reunited.The entire song somehow seems to effortlessly capture all things travel. It’s beautiful, peaceful, and moving.

“Somewhere beyond the sea
Somewhere waiting for me…”

Does this song make you want to take a cruise right now? It should. Listening to this song makes me want to find a Hawaiian shirt, grab a drink that has an umbrella stuck in it, and watch the sunset over the ocean. “Beyond the Sea” is somehow both classic and campy. The perfect combination for travel.

The perfect song for anyone looking for redemption in travel. We’ve all been there before, haven’t we? Running away from something, or perhaps running towards something. Whatever the story, we’ve all traveled with the hopes of finding something, or for a fresh start. The story behind “Graceland” revolves around Paul Simon taking a road trip to Graceland after his relationship with Carrie Fisher fell apart.

“Fly along with me
I can’t quite make it alone”

The music video for Foo Fighter’s mega-hit “Learn to Fly” takes the song’s figurative meaning and makes it literal. The video revolves around a flight that starts our normal enough but then turns into an Airport 1975 situation. It both hilariously highlights what it’s like to fly, while also being paired with a great song. The music video is consistently ranked as one of the best ever made, and Airport 1975, Airport ’77, and Airplane have all been credited by the band as its inspiration.

On The Road Again

Willie Nelson’s “On the Road Again” is the quintessential road-tripping song. It envokes dusty roads, windows down, and a feeling of something big to come. It’s kind of like if Kerouac’s On the Road was turned into a song. The song went on to be a smash hit and has been covered by everyone from Conan O’Brien to Alvin and the Chipmunks.

Leaving On A Jet Plane

“Every place I go, I’ll think of you
Every song I sing, I’ll sing for you…”

John Denver’s “Leaving on a Jet Plane” is so iconic because it’s so real and heartfelt. As much as we all love to travel, there’s always that pain that comes with walking out of your house or leaving your hometown, knowing that it might be a while before you see your family and friends again. But as they say, without risk there comes no reward. I like to listen to this song on my way to the airport. It just feels so right for the moment. Also of note, Peter, Paul, and Mary have a very famous cover that’s worth a listen as well.

Come Fly With Me

This song perfectly captured the soaring Jet Age. When you listen to “Come Fly With Me” you want to run through the world’s largest airports, fantasizing about destinations you’ve yet to go. It makes you wish you could look out the airplane window, soaring above the clouds on a sunny day with a drink in your hand. If there’s one song that can convince someone to get on a plane… it’s this one!

Life Is A Highway

“Life is a Highway” was actually originated by Tom Cochrane, but the song had its real moment of fame when Rascal Flatts sang it for the Disney hit Cars. While the song may seem like it’s about road-tripping, in reality, it’s an ode to journeys. It’s about the spirit of adventure and about that moment when you simply decide to go.

Sometimes, travel is all about leaving the past behind. “Outbound Plane” is about boarding a plane after a bitter breakup, looking for a better tomorrow. Travel has a healing power. Sometimes, the best thing you can do is just get out of there, and head for a new beginning. After all, it was Elsa in Frozen who said, “It’s funny how some distance makes everything seem small…and the fears that once controlled me can’t get to me at all!”

Where You Should Travel in 2020 According to Your Zodiac Sign

Celebrate Mrs. Maisel’s 8 Marvelous Nights of Hanukkah at INTERSECT by Lexus in NYC