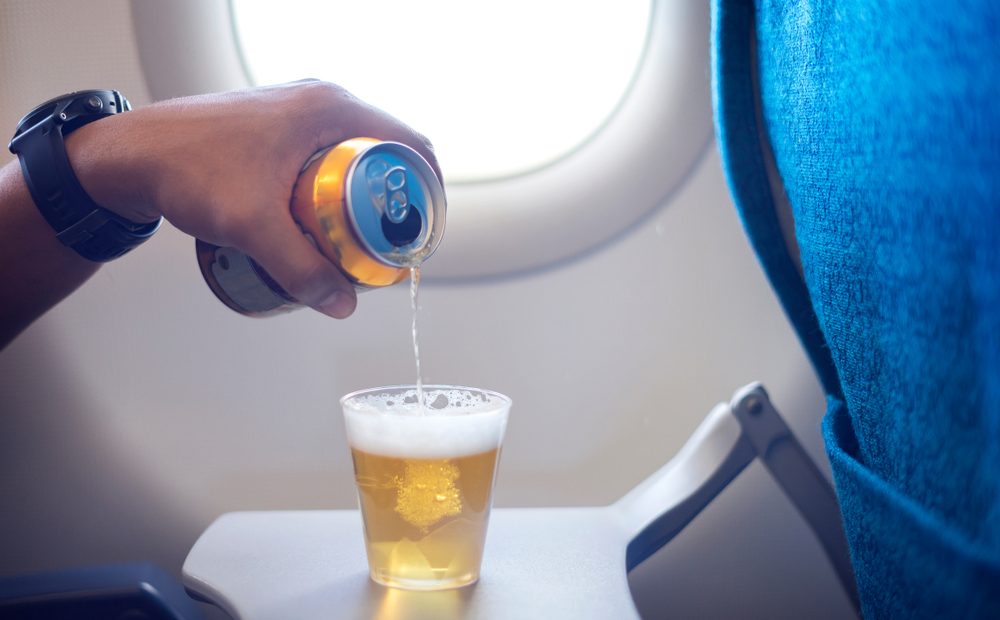 During the pandemic last year, many airlines stopped serving alcohol in-flight in order to limit the number of times passengers would take their masks off. Now, however, airlines are once again banning alcohol onboard flights, but for a much different reason.

According to The Washington Post, there have been 1,300 complaints about unruly passengers on aircraft since February. Just a few weeks ago, a shocking report came from a Southwest flight where a flight attendant had numerous teeth punched out by a violent passenger. Even worse, the video shows that the assailant punched her multiple times before any of the passengers intervened to help. In response to this, Southwest has continued its halt on in-flight alcohol until at least August. According to Forbes, American Airlines is now joining Southwest and is banning alcohol sales in its economy cabin until at least September 13th.

According to CBS News, United has also decided to ban alcohol in the economy section, but only sometimes. On any domestic flight longer than 800 miles, alcohol service will still be provided. The same goes for any flight that’s “hub to hub”. This is sure to be a confusing rule for the casual passenger who isn’t aware of what an airline’s hubs are. They’ll find themselves sometimes being served, sometimes not.

In the CBS article, Sara Nelson, president of Association of Flight Attendants-CWA International, stated, “We’ve never before seen aggression and violence on our planes like we have in the past five months. Already, reports of these incidents in less than five months are more than 20 times the amount in a typical year. But these are just the incidents reported. The constant combative attitude over wearing masks is exhausting and sometimes horrific for the people who have been on the frontlines of this pandemic for over a year.”

Depending on passenger behavior, it could be a while before flyers get to have their mile-high martinis again.

Travel is About to Boom and Prices Could Skyrocket

NYC List Every Reason, From A-Z, Why Now is the Perfect Time to Visit New York