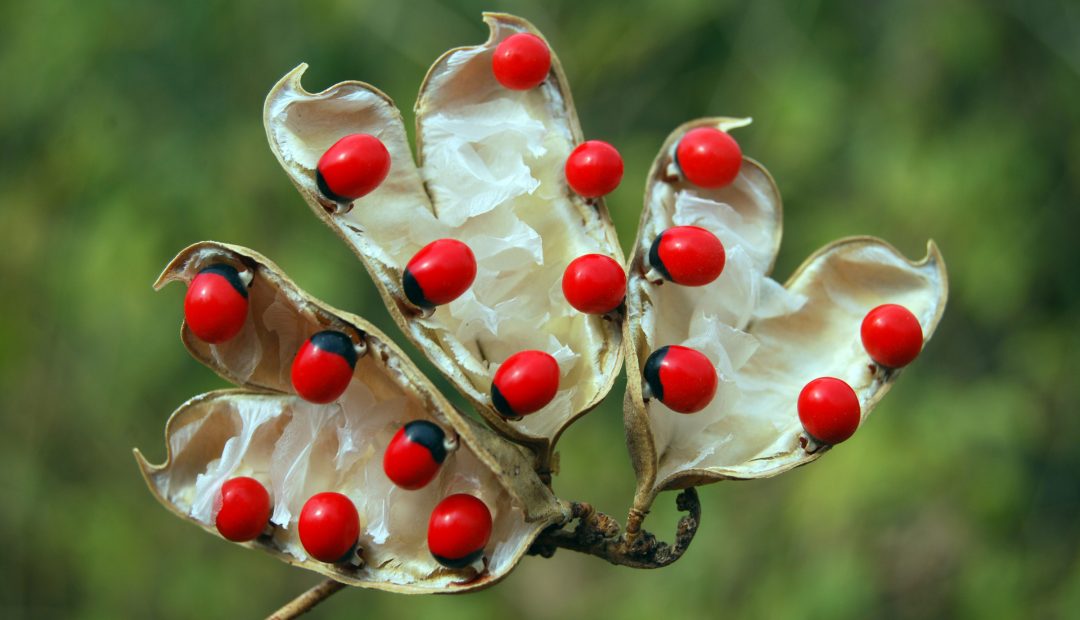 The world is filled with beautiful, delicious, and even crazy plants. Some of these plants, however, are also deadly. One of the plants on our list could be located right in your backyard, and another could be on your dinner plate. From America, to Australia, to Argentina, deadly plants are everywhere.

Those little juicy berries sure do look delicious, don’t they? Unfortunately, many children playing in the woods think so. The nightshade, which is actually a relative to the potato, tomato, and eggplant, contains deadly tropane alkaloids. When ingested, these block the actions of neurotransmitters, leading to hallucinations, delirium, and convulsions. In severe cases, or to more susceptible people, death follows.

The scientific name of Deadly Nightshade is Atropa Belladonna. The name comes from the fact that back in the day, women used drops of Nightshade serum in their eyes. The poison would cause the pupils to rapidly dilate, which was considered en vogue. But watch out ladies, using the serum caused visual distortions, inability to create a focal point, and even blindness.

Native to the Mediterranean region

What an absolutely gorgeous flower. That must be why the Oleander because same such a popular garden plant in the American South. However, if any of you have ever seen the film While Oleander, you know this isn’t going to end well.

The plants contain the toxin Oleandrin. When ingested (or made into a poison, like in the film) the toxins bring about a powerful gastrointestinal damage, and then attacks the heart and the central nervous system. Naturally, this leads to intense vomiting and seizures. In severe cases, the victim slips into a coma, which can then lead to death.

Humans aren’t the only victims to the wrath of Oleander. Grazing animals like sheep, horses, and cattle, are also drawn to the sweet, seductive fragrance and beauty of the Oleander plant. This can end in farmers losing dozens of animals. It’s even rumored that burning Oleander twigs can release a noxious gas.

The Abrus gets its common name, “The Rosary Pea” because the beans or “peas” are threaded and to make necklaces, bracelets, and even rosaries. The women who make this jewelry walk a fine line though. While threading the beans, the needles basically becomes a poison dart, as the nectar from inside the bean now resides on the needle. One accidental prick, and a jewelry-maker can be in serious trouble.

The plant’s poison, Abrin, is twice as powerful as the notorious Ricin. The effects of poising include a very painful death consisting of convulsions and liver failure. Abrus is now considered Pantropical, since it’s highly invasive and can be now be found in almost every tropical region around the world. In India, the plant has long been used as a poison. Poachers would cover arrows with the nectar and spear cattle, in order to use their hides.

Angel’s Trumpet has become a staple in botanical gardens around the world. The lush, dangling bells that sway in the breeze seem almost magical. Although, magical might not be the best word to use. According to reports, the hallucinations you get from Angel’s Trumpet are horrific. They lead to a complete psychotic break with reality. They’re so terrifying that they have even lead to long-lasting insanity. On top of the delirium, the poison within the plant can bring on intense migraine, paralysis, and even death.

But, perhaps the poison killing you isn’t the worst thing that could happen. There’s a completely traumatizing report of a young man who made tea out of the Angel’s Trumpet. After drinking just one cup, he amputated his own tongue and penis. Apparently, he walked out of the bathroom gushing blood everywhere, shocking his mother and grandmother. The young man said, “Don’t worry, everything will be ok.” He was treated at the hospital, but the report states, “re-implantation of the amputated parts was impossible.”

Native to Southeast Asia and Australia

The nuts from this tree contain a powder. This powder is a powerful neurotoxin and stimulant. Symptoms of exposure include hyperflexia, intense muscle spasms, and convulsions. The spasms can be so severe that the muscle is actually ripped from the bone, causing the body to contort into otherwise impossible positions. Victims usually die from exhaustion or cardiac arrest.

More alarming, is that the CDC reports that Strychnine is sometimes mixed in with street drugs like LSD and cocaine. It’s even possible to accidentally be exposed if you’re near a tree and step on a nut, if a nut drops from the tree and breaks open. The CDC recommends vacating the area as quickly as possible, and removing any clothing that might contain the powder.

Though Cassava is native South America, it is now a staple food crop in various parts of the world, including Africa and Southeast Asia. There’s just one little problem with Cassava…it’s full of cyanide. Anytime you eat Cassava, it’s been soaked for long periods of time and then cooked or fermented, which helps kill off most of the cyanide within.

However, in regions where Cassava is eaten regularly (South America and rural Africa specifically) they don’t always have the means to process the plant properly. Furthering the problem, Cassava grown during droughts contain higher levels of toxins. So, when you’re in a region suffering from drought, water and food are precious resources. You’re not going to waste clean water on soaking cassava. And the cassava you’re eating is highly toxic. In Africa, they even have a name for the disease that villagers get from prolonged cassava exposure: Konzo. The excessive levels of cyanide causes people to become weak, paralyzed, and unable to speak.

In an NPR article, a villager in the DRC is quoted as saying, “I know cassava caused this condition, but how can we ask for this cassava to be soaked? We haven’t eaten for two days and we cannot wait.”

To learn more about Konzo, or to help, check out John Hopkin’s Global Health NOW

The Most Gorgeous Botanical Gardens in the World